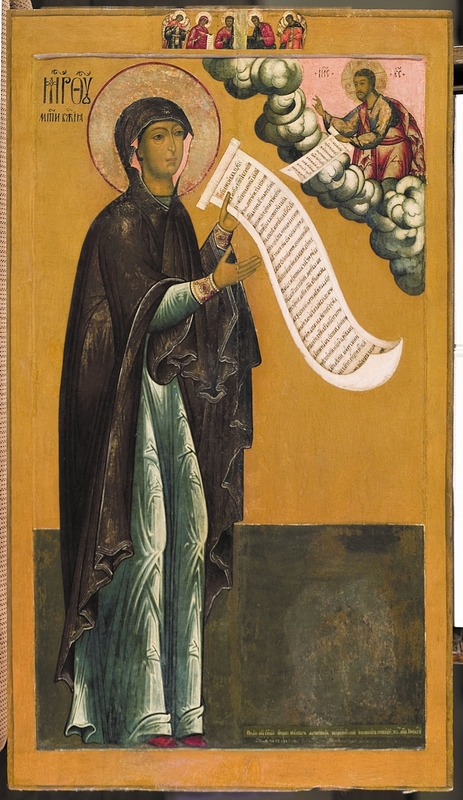 The Mother of God “Bogoliubskaia”

This icon depicts a dream Prince Andrew Bogoliubskii (the Pious) had in the year 1155 during his travel from Kiev to Rostov (now in the Yaroslavl region). His horses stopped by a river and would not move any further. After praying to the Mother of God, Prince Andrew had a dream that she commanded him to build a church on that very site. The pious Prince Andrew did as he was bid, building a church, as well as a convent, and a castle for himself nearby. He also ordered an icon of the Mother of God to be painted exactly as she appeared to him. Ancient records connect Andrew’s remarkable piety and his devotion to the Mother of God with his prolonged stay in Jerusalem where he fought in the second crusade.