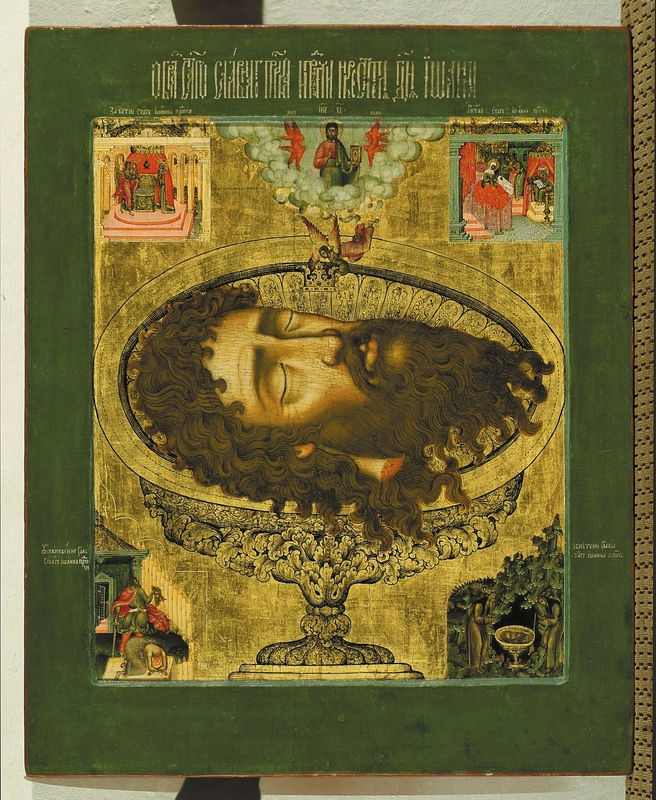 Head of St. John the Baptist

According to the Gospel of Mark, King Herod beheaded John the Baptist at the request of his stepdaughter Salome. Salome danced for the king and his dinner guests and pleased him so much that he promised to grant her every wish. Prompted by her mother, Herodias, Salome said, “Bring me John’s head on a platter,” and her wish was immediately granted. Herodias had a grudge against the prophet because he publicly accused her of unlawful marriage with Herod.

Though a popular subject of Western religious art, the theme of John the Baptist was not depicted in Russian iconography until the early 17th century. This Yaroslavian icon was one of the earliest works featuring this theme. To educate the believers, the icon-painter places the scenes from the life of John the Baptist along the sides of this icon.