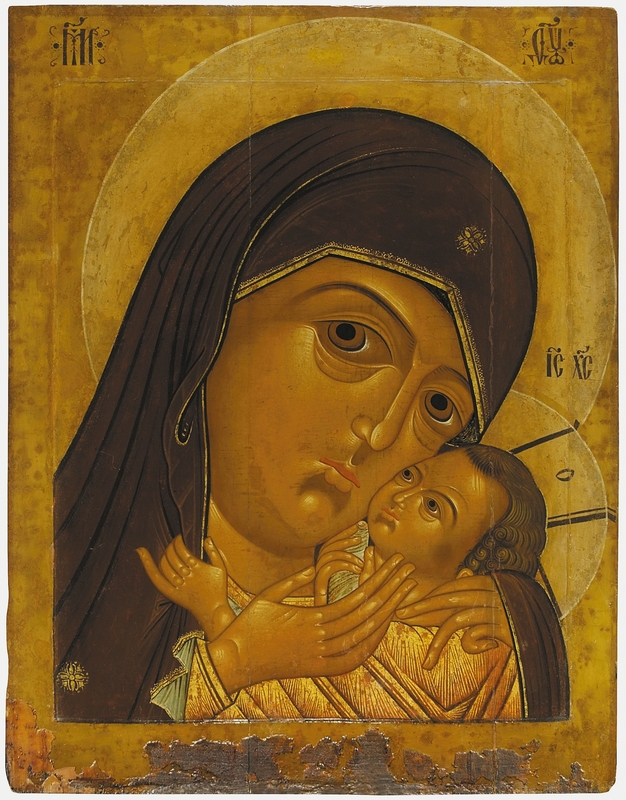 The Mother of God of Korsun

Legend has it that the first “Korsun” icon was brought from Korsun (now Khersones in the Crimea) by Prince Vladimir in the year of Russia’s adoption of Christianity—988 A.D. For Vladimir, this icon commemorated an important event. It was in Korsun, a Byzantine settlement on the Black Sea, that Vladimir was baptized. Vladimir’s conversion to Christianity initiated the import of icons from Byzantium to Russia for several centuries until strong Russian schools of icon painting began to emerge.

The “Korsun” icons belong to the iconographic type of “Tenderness” that are beloved by Russian believers. Traditionally, the icons depicting the Mother and the Child in a tender embrace were intended for worship at home and were small. Painted for St. Demetrius Church in Yaroslavl, this Korsun icon decorated the Local tier of the Iconostasis of the Church and is unusually large.