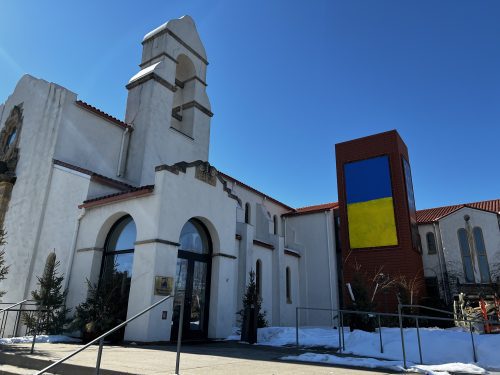 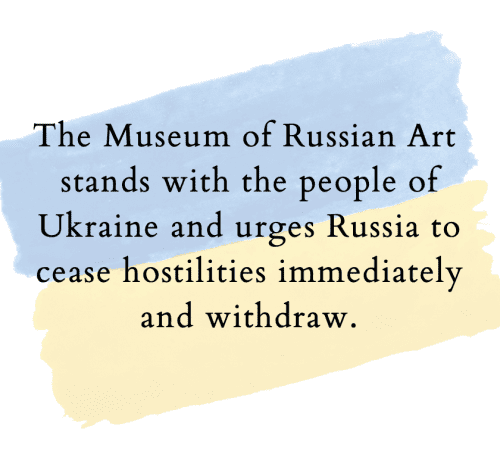 The Museum of Russian Art stands with the people of Ukraine and urges Russia to cease hostilities immediately and withdraw.

The Museum of Russian Art promotes understanding of the art, people, and culture of Muscovite Russia, the Russian Empire, and the former republics of the Soviet Union through outstanding exhibitions, cultural presentations, and educational programs serving the people of Minnesota and the nation.

Throughout the last 20 years, the Museum has become part of Minnesota’s rich cultural fabric and a source of visual, experiential knowledge about the vast and often troubled region that was the Russian Empire and the Soviet Union, now existing as fifteen independent countries. TMORA also presents the opportunity to learn more about the diverse cultures of our fellow Minnesotans, immigrants from the region — some arriving recently to escape the perils of Putin’s regime.

The Museum upholds an independent voice and the freedom of expression to carry out its mission unconstrained by influence from foreign governments, political actors and/or corporate or individual interests.

American Museum Alliance has compiled a list of resources in aid of museums in Ukraine:

These organizations are all accepting donations to help the people of Ukraine: