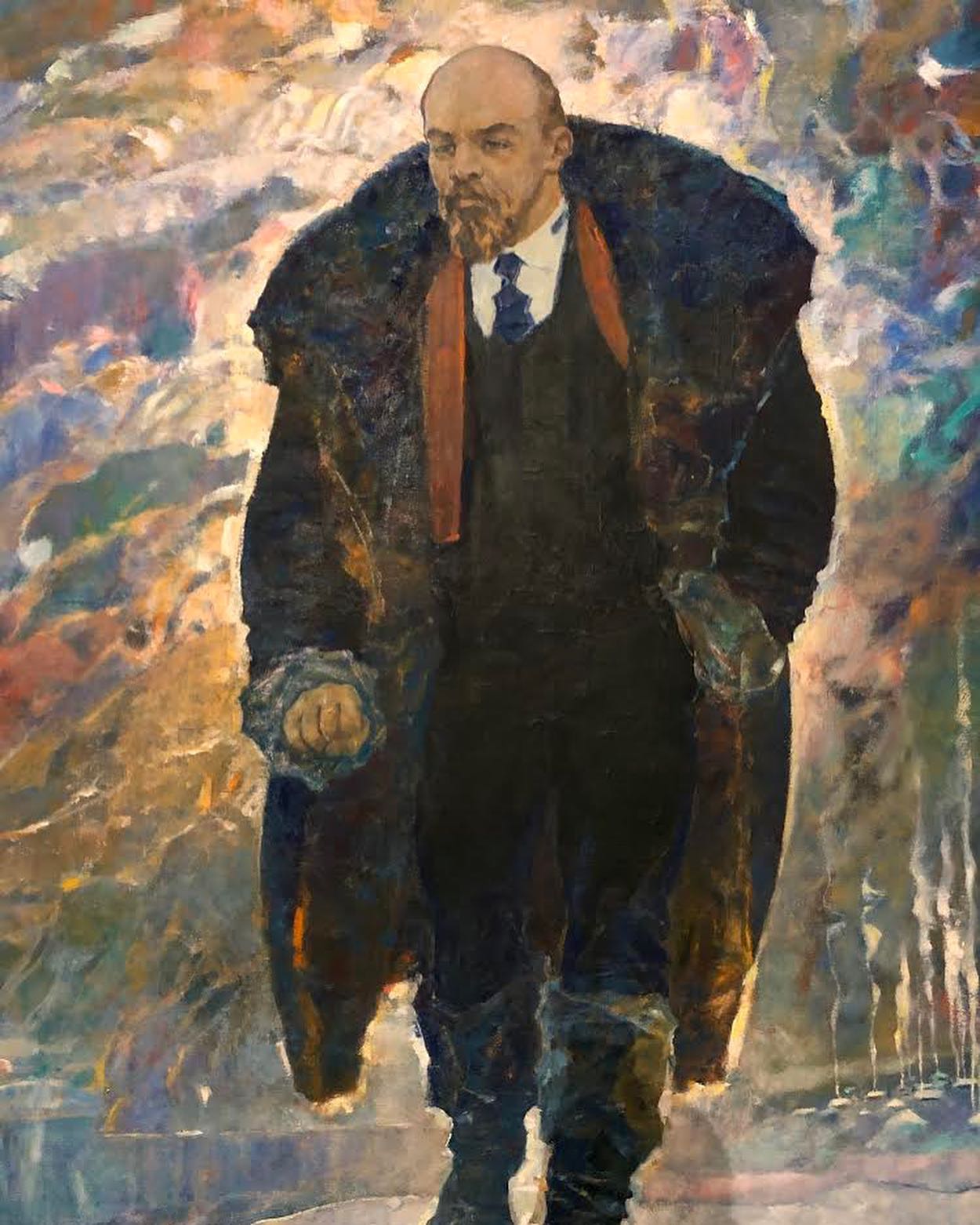 Today’s painting features the quintessential Soviet leader who was behind all that: Vladimir I. Lenin. There are several paintings in this exhibition “Leaders and the Masses” about Lenin. This one is pretty unorthodox I would say. It was created during the late Soviet era when the established canon of leader depictions began to deteriorate.

The title indicates that Lenin is portrayed during his exile in the village of Shushenskoe, in southern Siberia. Here is a bit of history: In 1895, Lenin was arrested as a leader of the Marxist “Union of Struggle for the Emancipation of the Working Class.” He spent over a year in prison and in early 1897, the 26-year-old Lenin was sentenced to three years of exile in Siberia. There are several accounts of his exile. It seems it was not too bad: good food, healthy climate, lots of exercise including hunting and ice skating, and lots of studying and writing. He even got married in Shushenskoe.

But this work is not about the real story of Lenin’s exile. He is presented almost like the master of the universe — a Demiurge, with whirls of energy around him. Behind him is a tiny village on his left and a tiny church (probably referring to his church wedding) on his right. It is too fanciful of a portrayal to be canonical — in the earlier years of the Soviet period it would not have been considered ‘comme il faut’ at all. 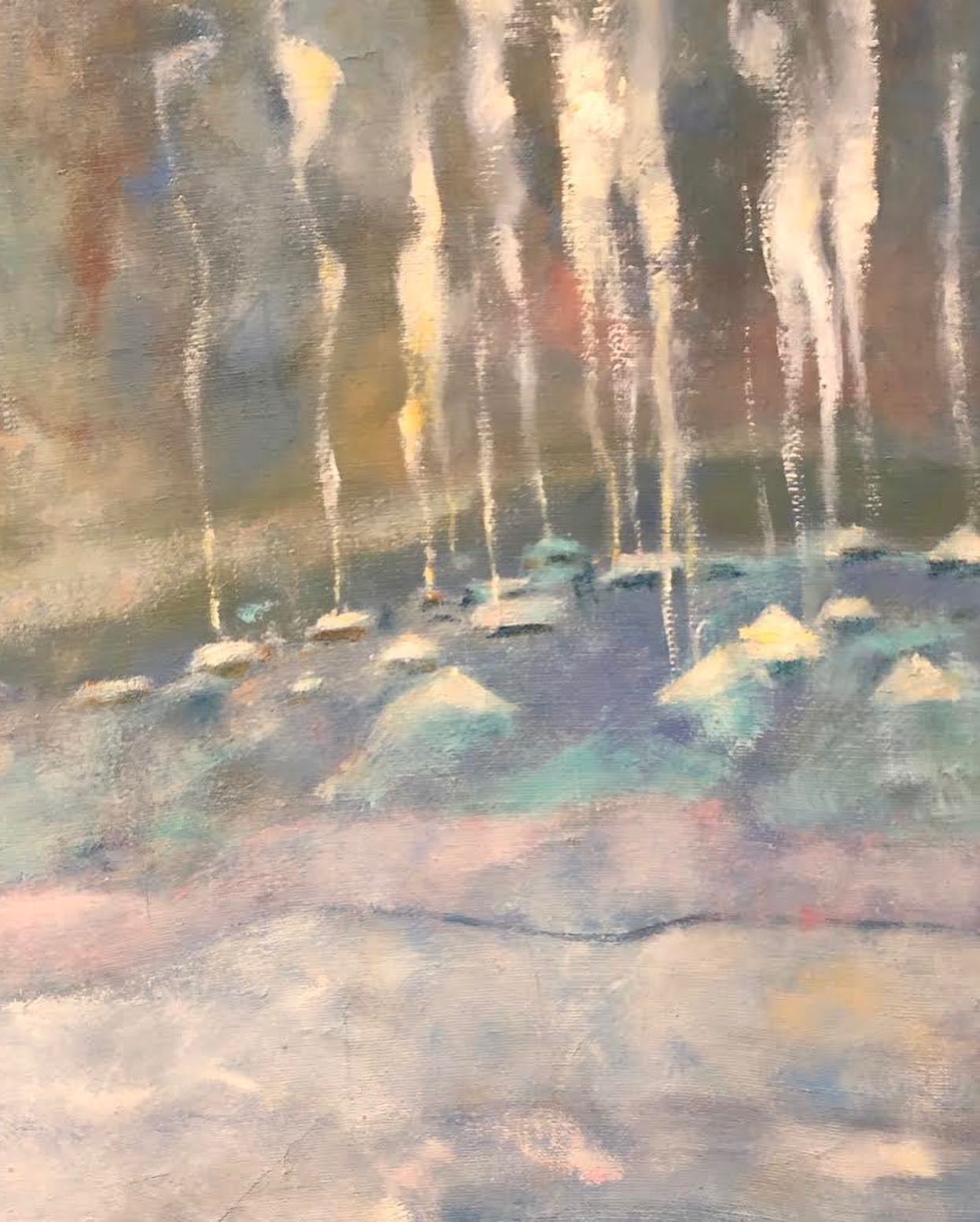 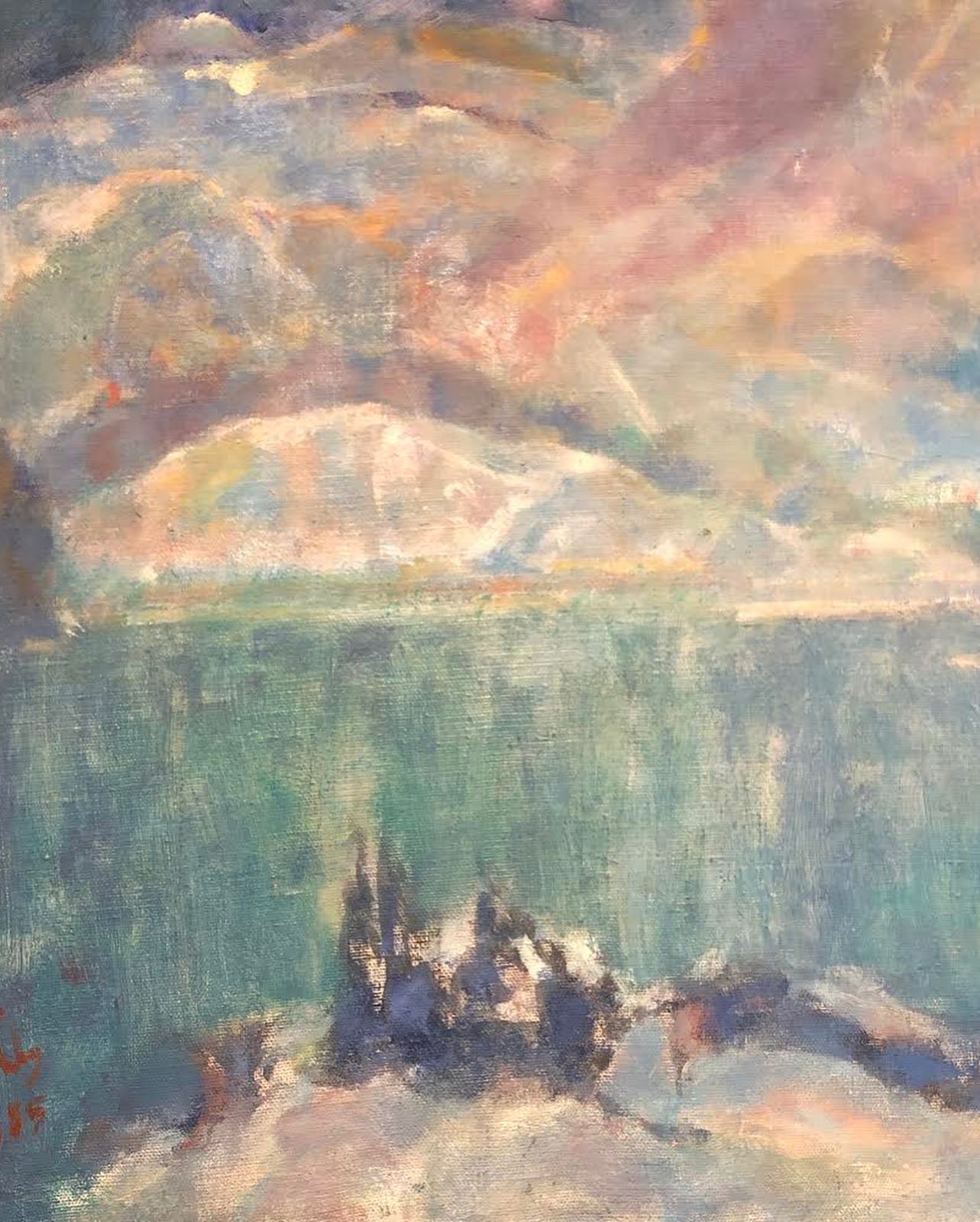