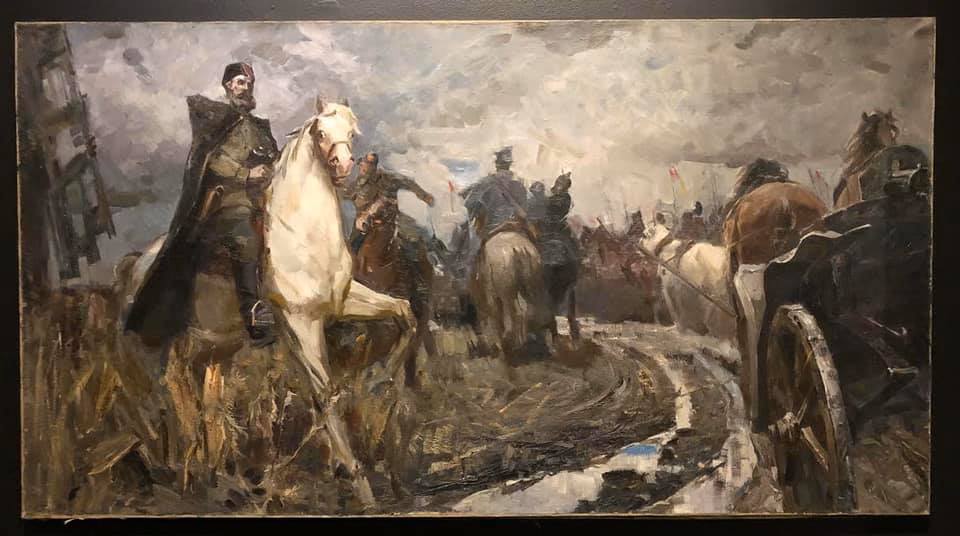 With some previous posts on Leaders and the Masses, the exhibition structure has begun to emerge (I hope). The first section of the show is organized around the idea of a slogan as means of communication between leaders and the masses.  A slogan usually contains a concise clear unambiguous political message understandable to all. But this does not mean slogans are simple. Not at all! They are indeed quite complex. A comparison that comes to mind is that of a virus (I wonder why). As viruses transfer genetic information to an organism to replicate themselves, slogans transfer political and ideological information that can implant itself in the mind of a receiver and begin to produce effects.

So, the first section of the exhibition is centered around the foundational slogans of the Soviet power proclaimed by Lenin on the day following the Bolshevik revolution: Land to Peasants, Peace to Nations, Factories to Workers. The slogans were very appealing, but what resulted was a bloody civil war and a ruthless collectivization. And here is a painting about the Civil War.

There is a group of soldiers on horseback in the painting. It is interesting that  Soviet symbols are very understated here. We see red flags hinted at  in the distance and a Red Army pointy hat  on one of the horse riders in the middle ground, center. Otherwise, what is emphasized in this painting? The white horse (as in ‘ a prince on a white horse’ —  a warrior hero that brings deliverance, in many cultures).  Also, the difficult muddy road with water puddles, but with a clean blue reflection of the sky. As well as the many soldiers that  are in this army.

The white horse is especially fascinating. Different people will notice different things about this horse. What I noticed first was its far from perfect rendering in terms of anatomy. The legs seem way off. The horse looks  at the viewer with some kind of mad expression in the eyes. Here is the  close-up. When we were installing the show, this painting got a nickname of the crazy horse painting with some of us (we often give paintings  memorable nicknames so that we don’t have to explain each time what painting we are talking about). The artist probably overexerted himself to express some kind of idea through this horse. It’s even difficult even  to say now what it is that he wanted to achieve.

But the backs of horses are nicely painted — I really like those parts of the painting.

We see backs of horses because we are positioned by the artist as part of the army — following the same road, heading in the same direction.    We are not confronting them. We are following. We are on their side. 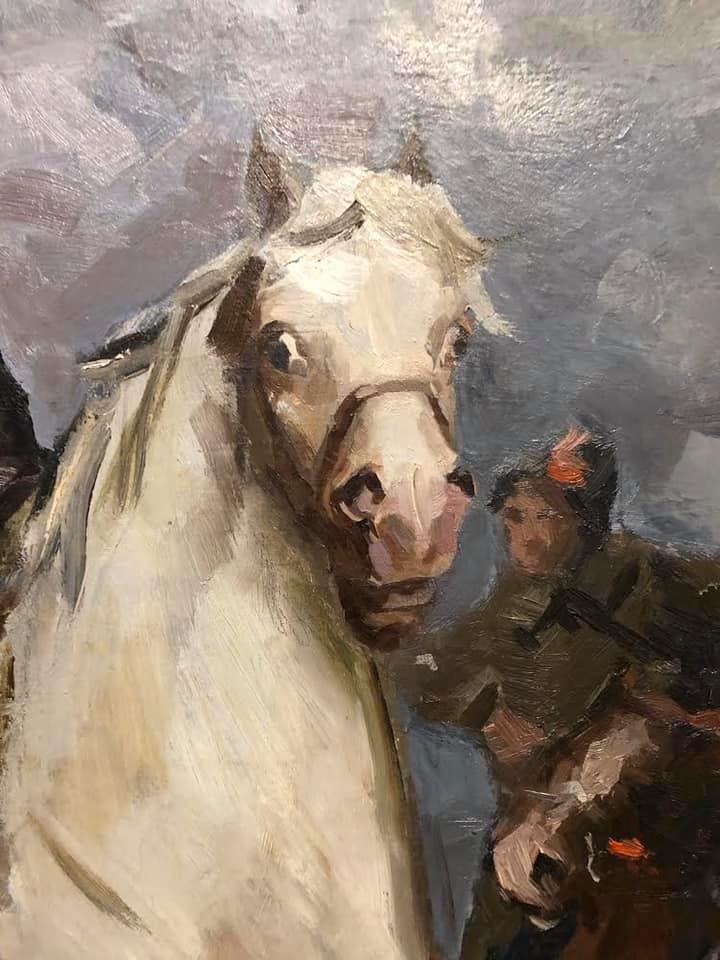 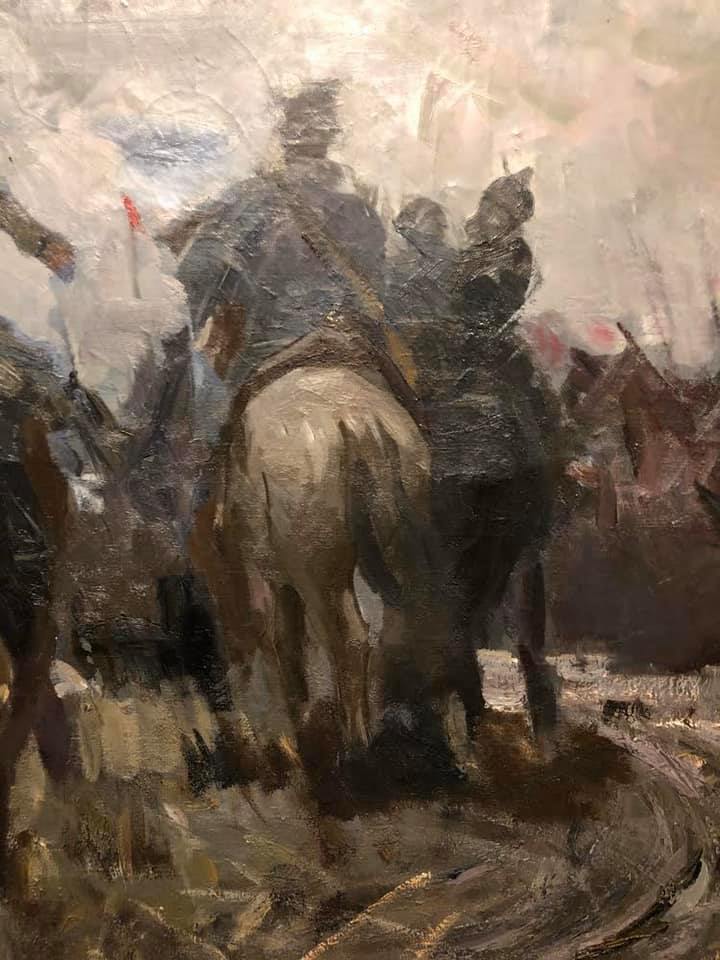 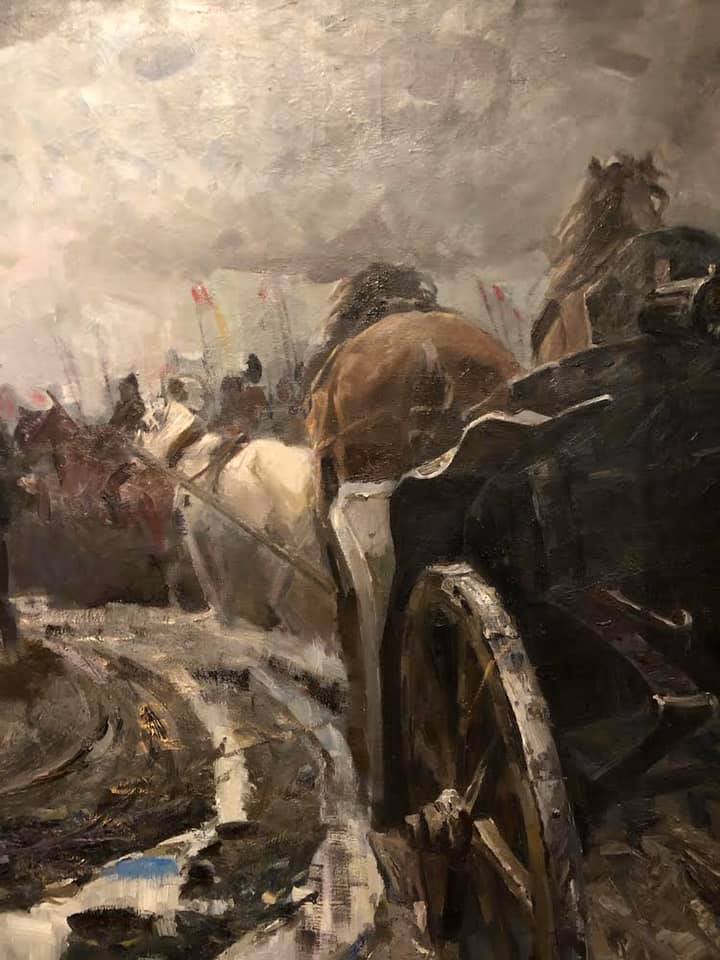