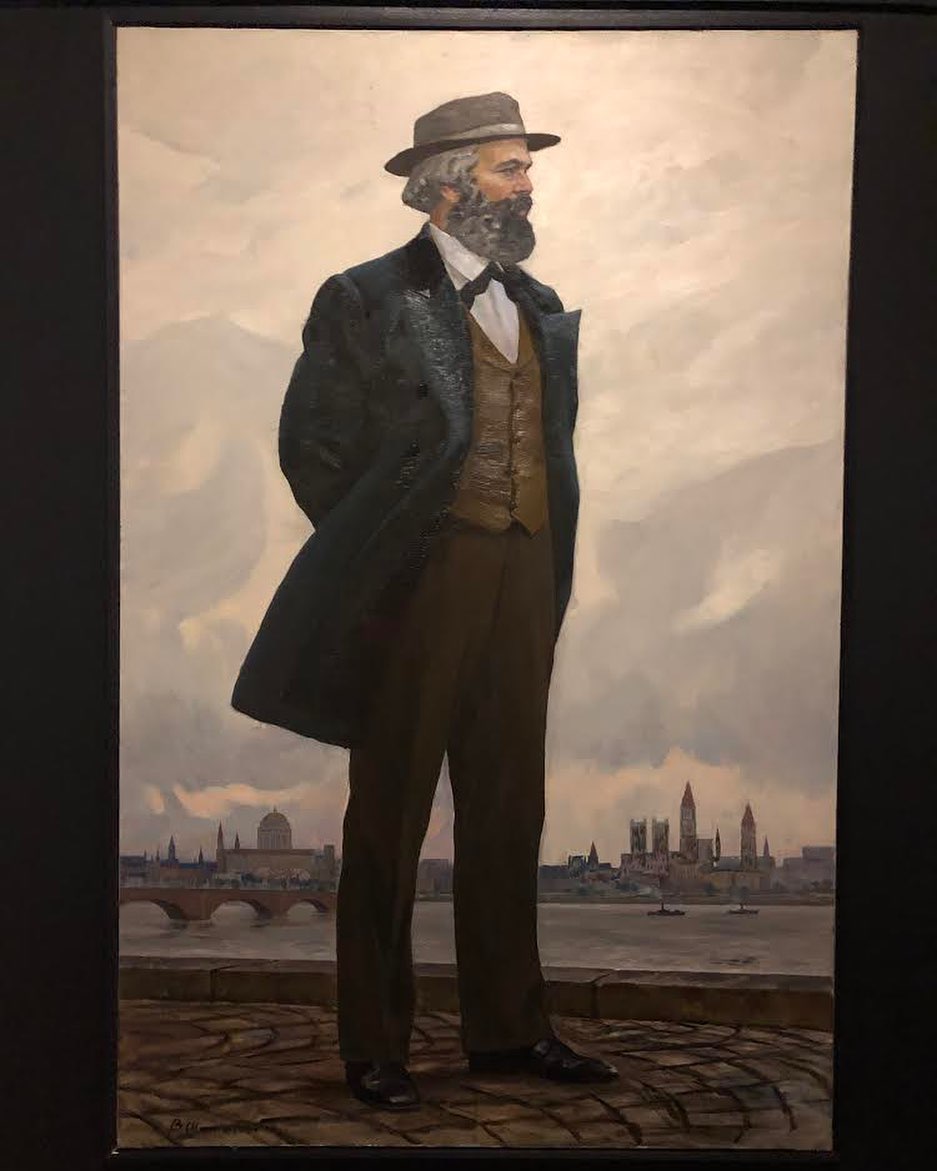 Today we continue talking about our exhibition, ready to be seen as soon as we reopen. “Leaders and the Masses” … It’s a big title. What will this exhibition have to say about this loaded theme? Exhibitions are defined by the material they contain, and since this exhibition is based on art from Soviet Ukraine, the focus is on Soviet leaders and Soviet masses. But before we can even start talking about Soviet leaders, there is someone else we need to mention. And indeed we must. Enter Karl Marx, a man at the core of major political and philosophical movements of the 20th century. A German philosopher, economist, and sociologist, during Soviet times, he was a constant presence in the form of posters, murals, quotes, references, college curricula, and of course, paintings. Our exhibition features a large portrait of Karl Marx in London. Marx moved to London in 1849 and stayed there for the rest of his life. He was an independent researcher and worked a lot in the library of the British Museum. In this full length portrait, Karl Marx is a towering figure, standing on the River Thames embankment. On the opposite bank, the artist put together a summary of London’s highlights that may (or may not) include St. Paul’s Cathedral, Tower of London, Westminster Abbey, and Houses of Parliament. I have a strong suspicion that the artist never visited London. It was very difficult to get the exit visa to travel outside the Soviet Union. A towering figure — we will see other similar renditions of a leader in this exhibition…of which we will talk next time.