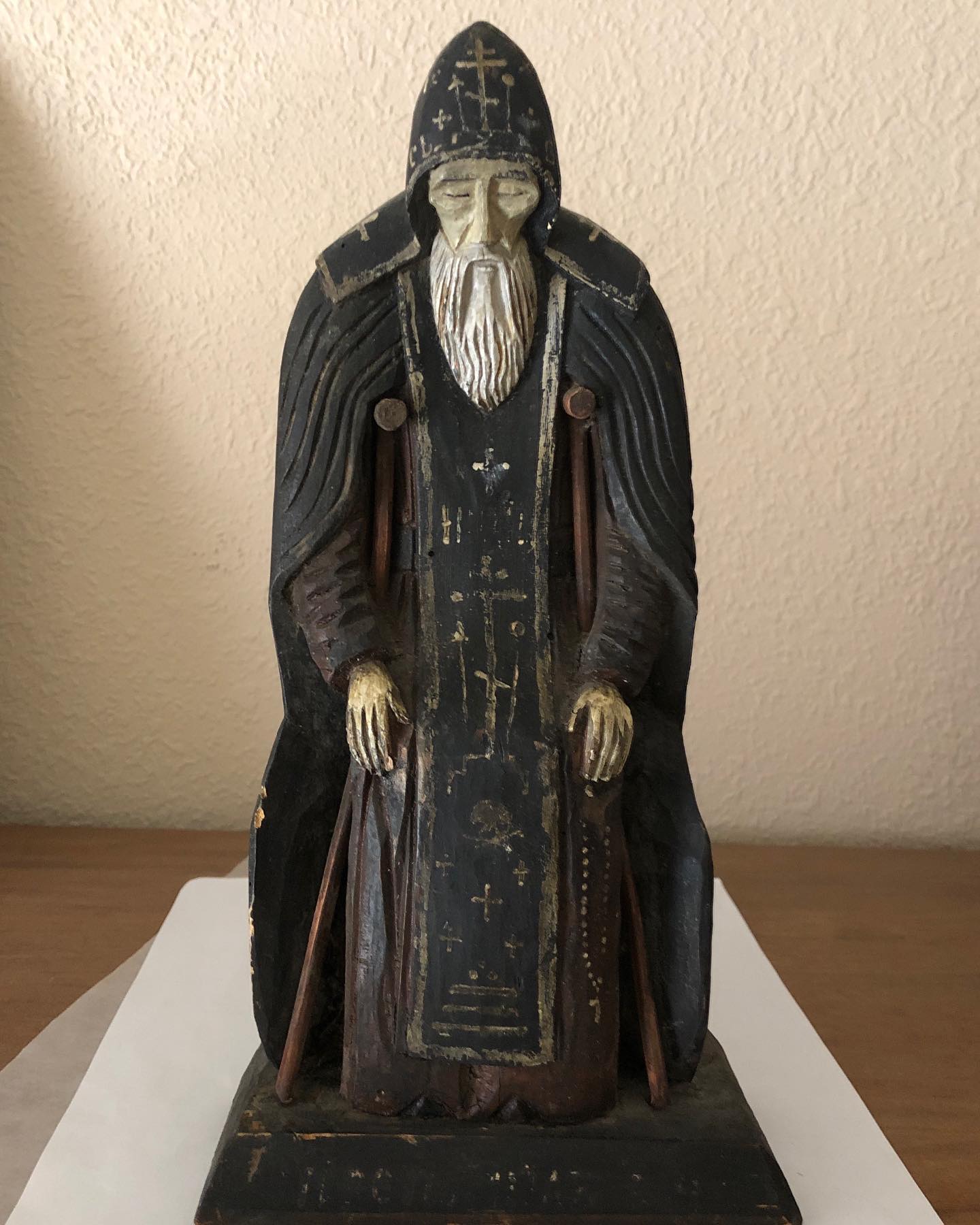 The image you see here is from our museum collection. It is a carved wooden figurine of St. Nilus Stolobensky. St. Nilus was a Russian monk who chose the life of a hermit on an uninhabited island in Lake Seliger, 200 miles north-west of Moscow. His life is shared between the end of the fifteenth century and the mid-sixteenth century. Looking at the figurine, you may have noticed crutches under the monk’s arms and might wonder if St. Nilus was ill or injured. He was not. St. Nilus was a devout and zealous monk who aspired to spend all his days and nights in prayer. So he never slept lying down. To rest, he took naps supported on crutches. After St. Nilus passed away, locals began to venerate his memory and his remains, and a monastery was founded on his island, becoming a place of pilgrimage for the pious Russian Orthodox. Made by local craftsmen, these figurines were a popular souvenir for the pilgrims to the St. Nilus Monastery in the 19th century. They are quite rare now, and were a rare piece of sacred art back in the 19th century. The Russian Church prohibited three-dimensional sacred art. Sculptures, no matter how religious, were considered ‘graven images’ and were not used by the Church. Carved figurines of St. Nilus were a rare exception. We are grateful to the donor of this figurine for gifting this rare piece of ecclesiastical art to our museum.