Architecture at the End of the Earth: William Craft Brumfield’s Photographs of the Russian North

Architecture at the End of the Earth

Architecture at the End of the Earth explores the Russian North and its multifaceted architectural legacy through the photographs of the historian and photographer William Craft Brumfield. Over the past four decades, Brumfield has traveled extensively in Russia, documenting and photographing the country’s diverse architecture. What began as a sporadic endeavor evolved into a multi-decade archiving and publishing project, which has been recognized in the United States and Russia for its historical as well as artistic accomplishment. The North, which Brumfield first visited in 1988, is Brumfield’s latest chapter in this long historical exploration of Russian architecture and culture.

The region known as the ‘Russian North’ derives its distinctiveness from several geographic features. The remoteness and inaccessibility of the territory meant that indigenous cultures and traditional lifestyles persisted into modern times. Its dense forests provide scenic prospects and the material base for a centuries-old, log-building tradition. The Arctic Sea, which forms its northern border, opened the region to trade and settlement from the medieval centers of Veliky Novgorod and Moscow, and to the influence of the Orthodox church – and, ultimately, of the West.

The exhibition features photographs of seven locales. They tell a complex story, often of neglect and ultimate loss, but also of reconstruction and reinvention. Featuring photographs that span almost two decades, as well as graphics and audio-visual components, the exhibition also chronicles Brumfield’s travels through the North, and traces his encounters with communities striving to maintain continuity with their own history. Asked about the origins of his enduring interest in Russia and Russian culture, Brumfield compared the Russian North to his native land, the American South: “For all the losses, the trauma… there is an extraordinary wealth, much of it in a ruined state. But for the historian, the ruin is also important. This is something of extraordinary power. What created it? Because there’s nothing visible sustaining it now.”

The exhibition is drawn from the permanent collection The Museum of Russian Art. The museum gratefully acknowledges the donation of the photographs from the artist, William Craft Brumfield. 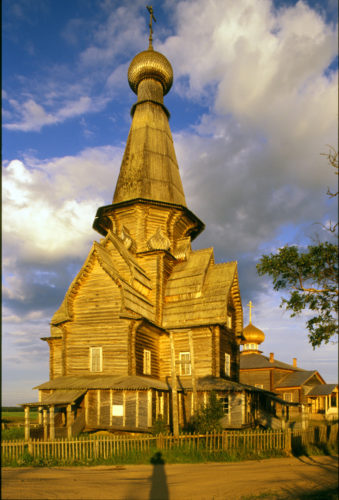 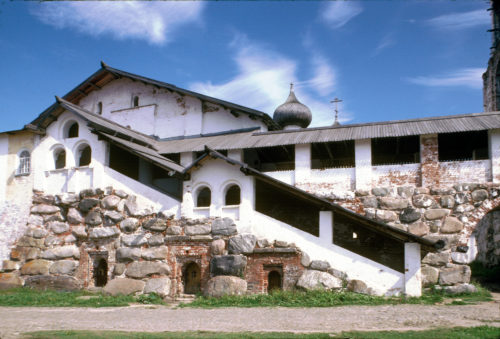 Refectory Church of the Dormition and exterior gallery (1552-1557).  Solovki.