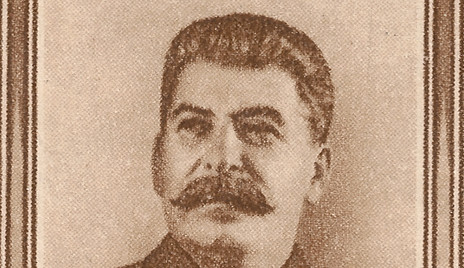 Josef Stalin was glorified in art and literature during his lifetime. The “Father of Nations” and “Gardener of Human Happiness” was featured on posters and paintings, in sculpture and embroidery, but not on postage stamps.  His portrait did not appear on stamps until a year after his death and never since.  In lieu of Stalin’s likeness, Soviet stamps featured giant factories, skyscrapers, soaring airships, and palatial metro stations all depicting the materialization of the powerful leader’s will.  Frequently depicted on Soviet stamps of the period, Moscow skyscrapers were potent reminders of Stalin’s design for a new reconstructed Russia.