The eighteenth century was a century of female sovereigns in Russia. For almost seventy years, mighty tsarinas wielded unlimited power over the vast expanses of the Empire. On a cold November day in 1741, a beautiful and high-spirited thirty-two year old princess seized the Imperial throne staging a coup d’état against the regent Anna Leopoldovna.

Elizabeth took full advantage of her new power, demonstrating an insatiable appetite for merrymaking. She passed her time in a whirl of palace feasts, masquerades, hunts, and dances. “Laid-back, cheerful and Russian to the core, Empress Elizabeth embodied the gingerbread splendor of the luxurious mid-eighteenth century,” wrote a Russian aristocrat. The pleasure-seeking beauty had a passion for clothing. After her death, her nephew and successor Peter III found fifteen thousand dresses in a wardrobe of her summer palace.

But this was not the only legacy she left, and her self-indulgence was never a hindrance to her keen political judgment. A beloved daughter of Peter the Great, Elizabeth inherited her father’s genius for the affairs of the state and governed the huge country with shrewd determination. She was loved by her people, allegedly the most popular member of the Romanov Imperial dynasty that held the Russian throne for over three hundred years. No spectacular reforms were initiated, but it was during the reign of Elizabeth that the Russian Academy of Arts and the Moscow University were founded, famous Imperial palaces built, including the Winter Palace, and death sentence cancelled. 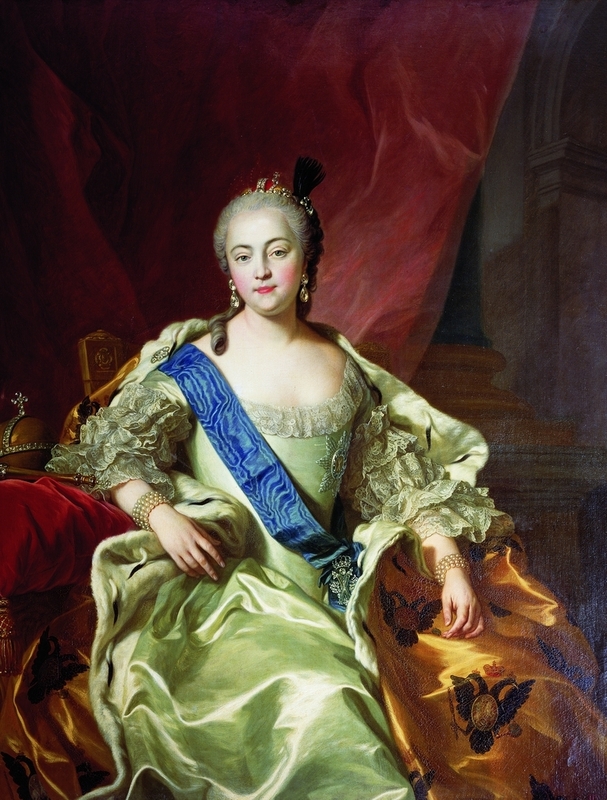