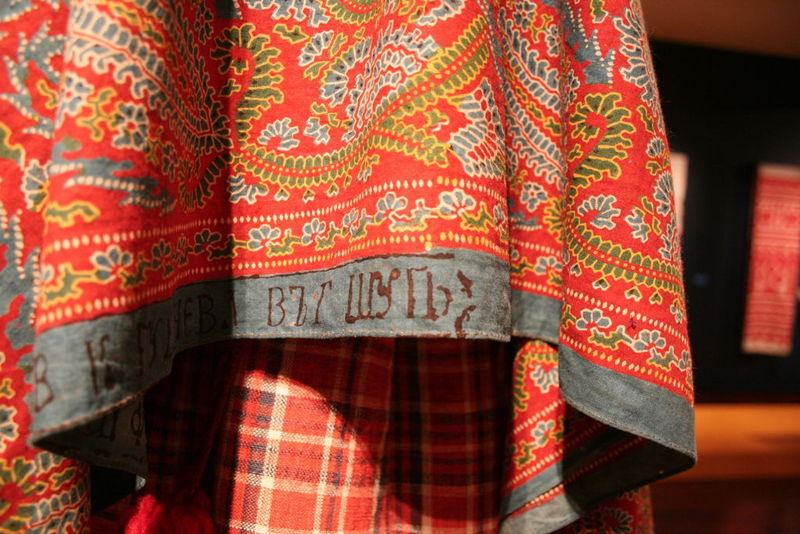 Featuring Russia’s favorite color red, the shirts on display are from the Vologda region and capture the joyous spirit of a Russian folk holiday.  Displayed are a man’s shirt (right) and a woman’s shirt, which features two red stripes on the hem (left).

During the Christmas season in some Vologda villages, the festival of  “embroidery reading” was held.  Dressed in their best shirts, sarafans and aprons, the village girls would gather near a church where the oldest woman in the village would examine their lavishly embroidered clothes and explain the meaning of the ancient designs. Surrounded by young men on the lookout for industrious and well-to-do brides, she would lift one layer of clothing after another explaining the embroidered patterns until she reached the shirt with two red stripes on the hem and knew she should go no further.