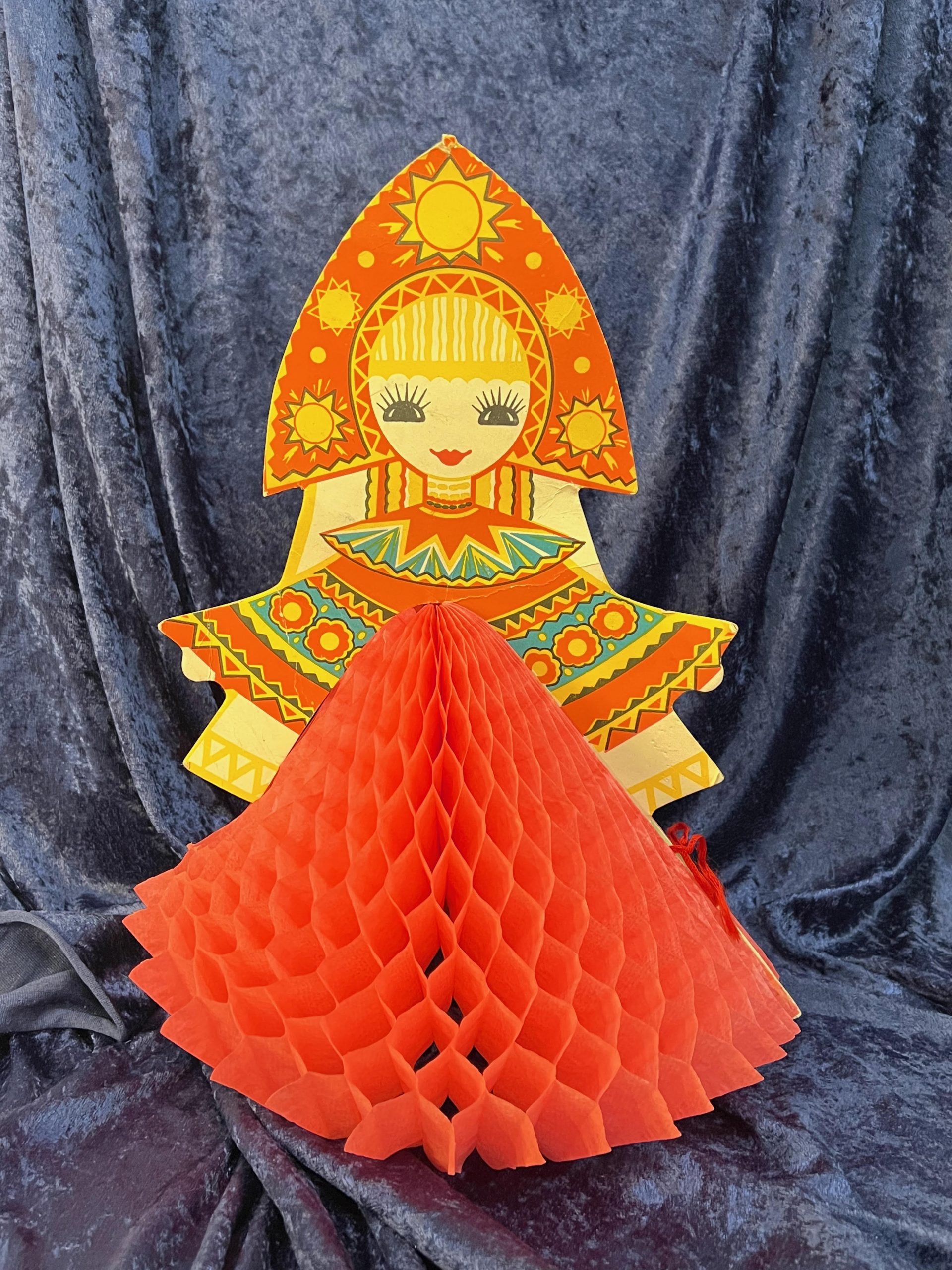 Our annual holiday show focuses on ornaments and holiday accoutrements made from or printed on paper.  On display in the Lower Gallery are garlands, tree ornaments, postcards, posters, photographs, newspapers, and magazines produced in the USSR before 1966. Inexpensive and short-lived, paper ornaments are more vulnerable to the inexorable effects of time than items made from sturdier materials, and their survival in collections is indeed a miracle. Our holiday collection was thoughtfully put together by Kim Balaschak during her stay in Moscow in the late 1990s and gifted to the Museum in its entirety in 2021.  Kim collected only those that were made before 1966 when it became common to mass-produce holiday decorations for sale in Soviet stores.

The exhibition includes a unique selection of folding honeycomb paper ornaments, on display for the first time at TMORA, as well as hand-made ornaments and the patterns from which such ornaments were made.

Ephemeral and Eternal: Holiday Paper Ornaments from the Soviet Union is on view in the Lower Gallery November 12, 2022 – January 16, 2023.