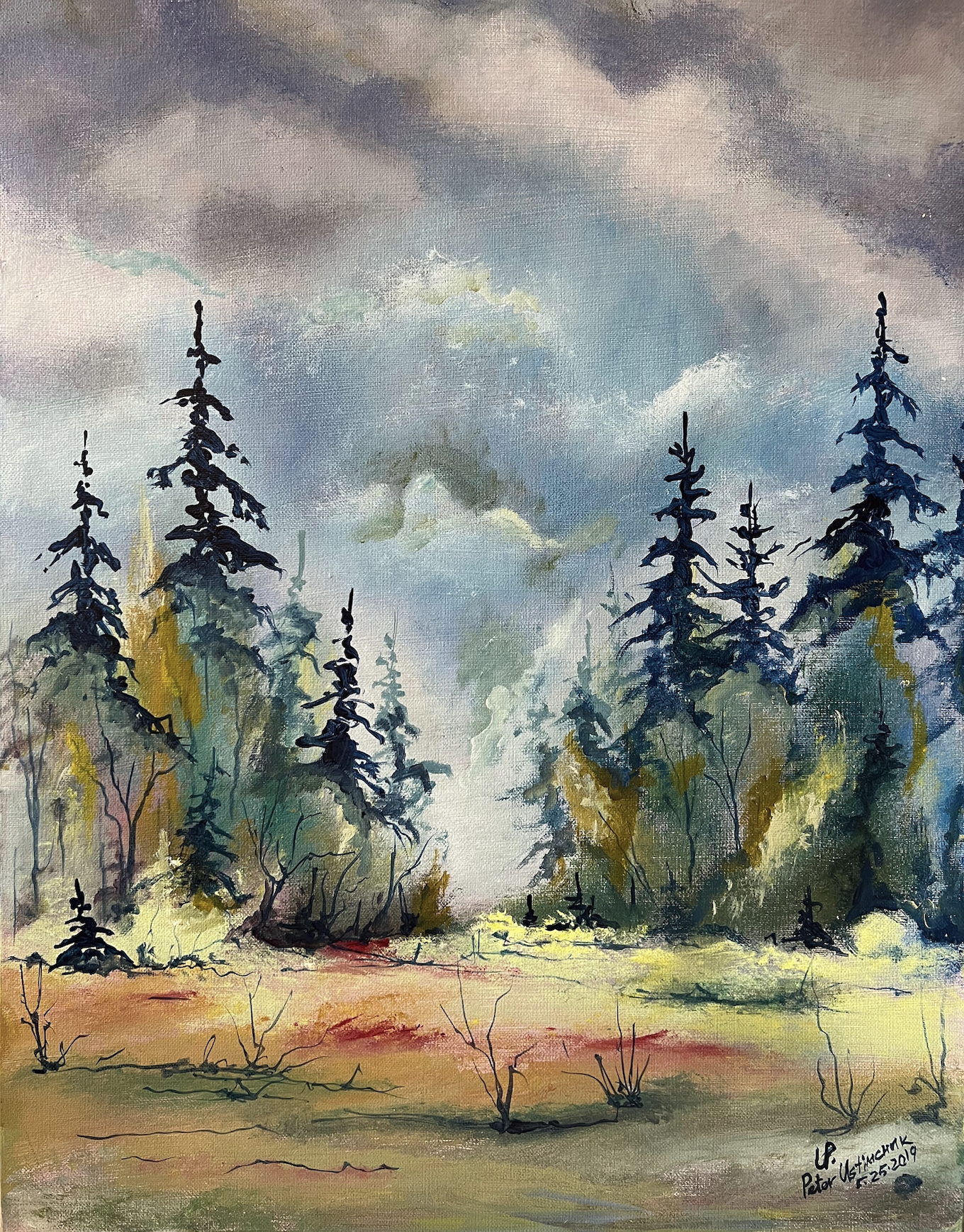 Peter Ustimchuk paints landscapes of Minnesota finding inspiration in his admiration and love for the pristine nature of our northern state. Born in Rivne, Ukraine in 1967, Ustimchuk grew up in a large hard-working family of eight brothers and one sister. In his teenage years, he studied at a Hermitage-affiliated art studio in his native city. In 1985–87, he was drafted into the Soviet Army and served as a designer for the Trans-Baikal military area in eastern Siberia. Released from the service, Ustimchuk applied to the Lviv Art Institute but was rejected because he was not a member of the Komsomol (Young Communist League).

Peter Ustimchuk emigrated to the US in 1989. He owns a construction company in central Minnesota and puts his heart and soul into his work and his art.

Capturing the Pristine: Minnesota Artist Peter Ustimchuk is on view in the Fireside Gallery August 27, 2022 – January 16, 2023 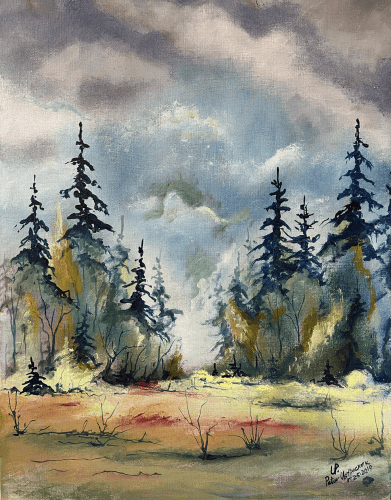 Peter Ustimchuk
“Imagine…. !”, 2018
Acrylic on canvas
Collection of the Artist 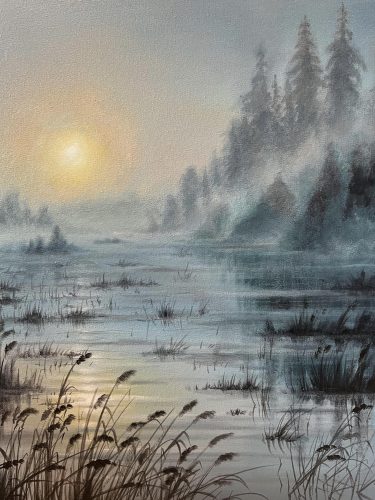 Peter Ustimchuk
Sunrise at the Boundary Waters, 2015
Acrylic, canvas
Collection of the Artist