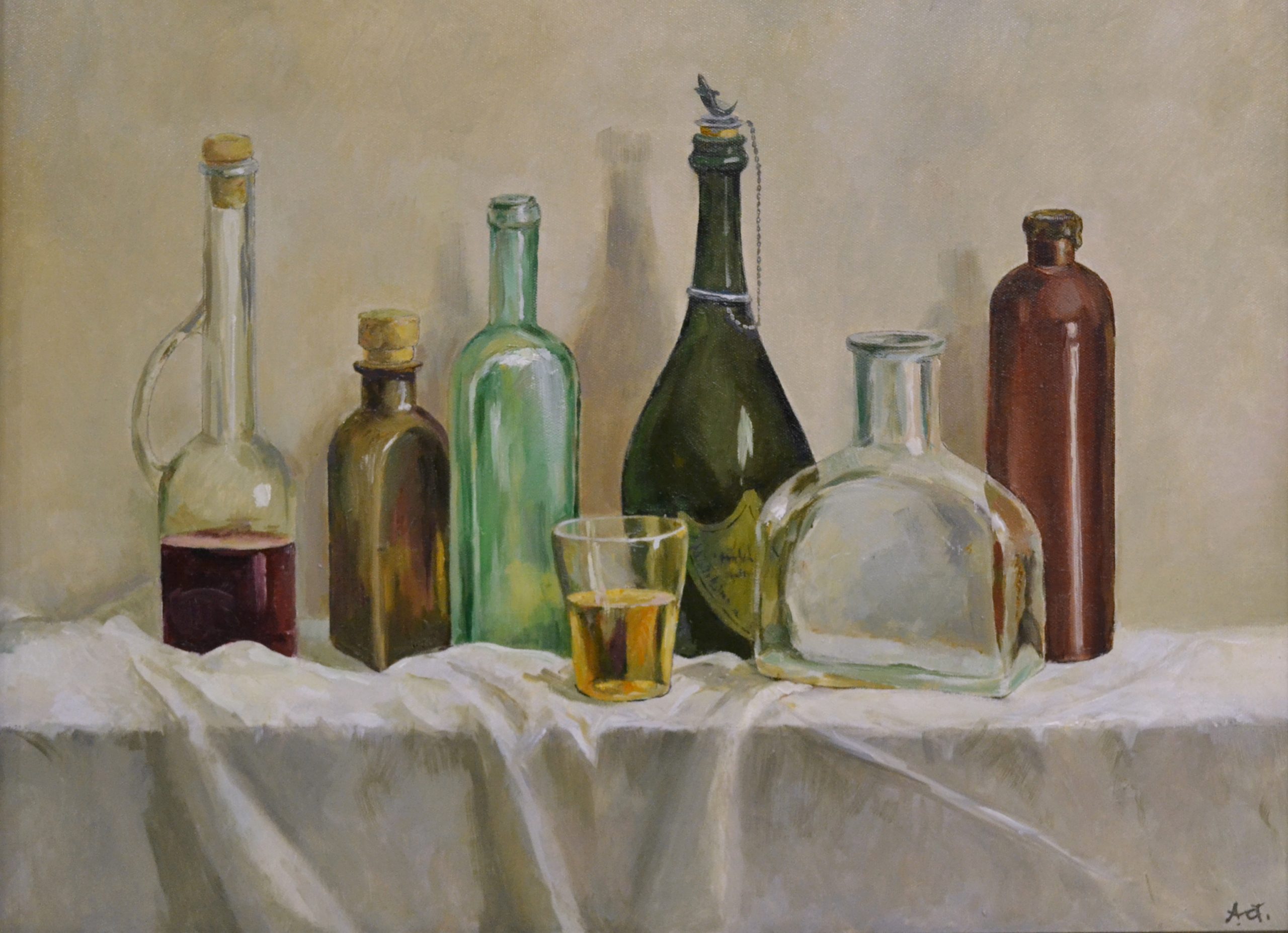 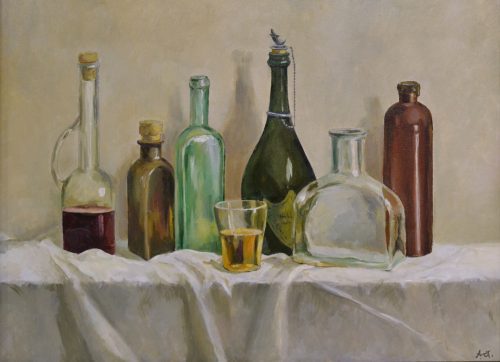 TMORA’s Fireside Gallery showcases a selection of still life paintings by Minnesota artist Alek Buzhaker. Drawn from the artist’s studio and painted during the recent decade, these works express his passion and admiration for this time-honored genre.

A still life is an arrangement of inanimate objects.  Artistic representations of objects can be found in Egyptian pyramids, on ancient Roman mosaics and frescoes, and on medieval illuminated manuscripts.  But it was in Northern Europe in the 17th centuries that the genre was revealed in its full glory.  Dutch and Flemish painters of the period brought the genre to perfection.  Alek’s still life compositions are often inspired by Golden Age Dutch and Flemish art, while embodying a vision of the genre that is all his own.

Alek Buzhaker was born in Simferopol, Crimea, then part of the Russian Soviet Federative Republic, in 1947. His father was an engineer and his mother a physician. In 1949, his father was transferred to Leningrad (now known as St. Petersburg). It was in this beautiful city that Alek’s true passion for art blossomed. He received his professional training at the Mukhina College of Art and Design (now the Saint Petersburg Stieglitz State Academy of Art and Design), graduating in 1971. In 1978, he and his family emigrated to the United States where he has resided since. He is married and has one daughter who lives near him in the Twin Cities. In his spare time, Alek enjoys finding beauty in his surroundings to use as his future inspiration for art.

“Still life surrounds us in real life. Flowers and fruit, glass and ceramics, fabrics and metal.
An artist’s purpose is to create harmony, texture, and color. From the great Flemish artists, to contemporary, every generation should strive to understand and reflect upon the harmony of light and shadow.”