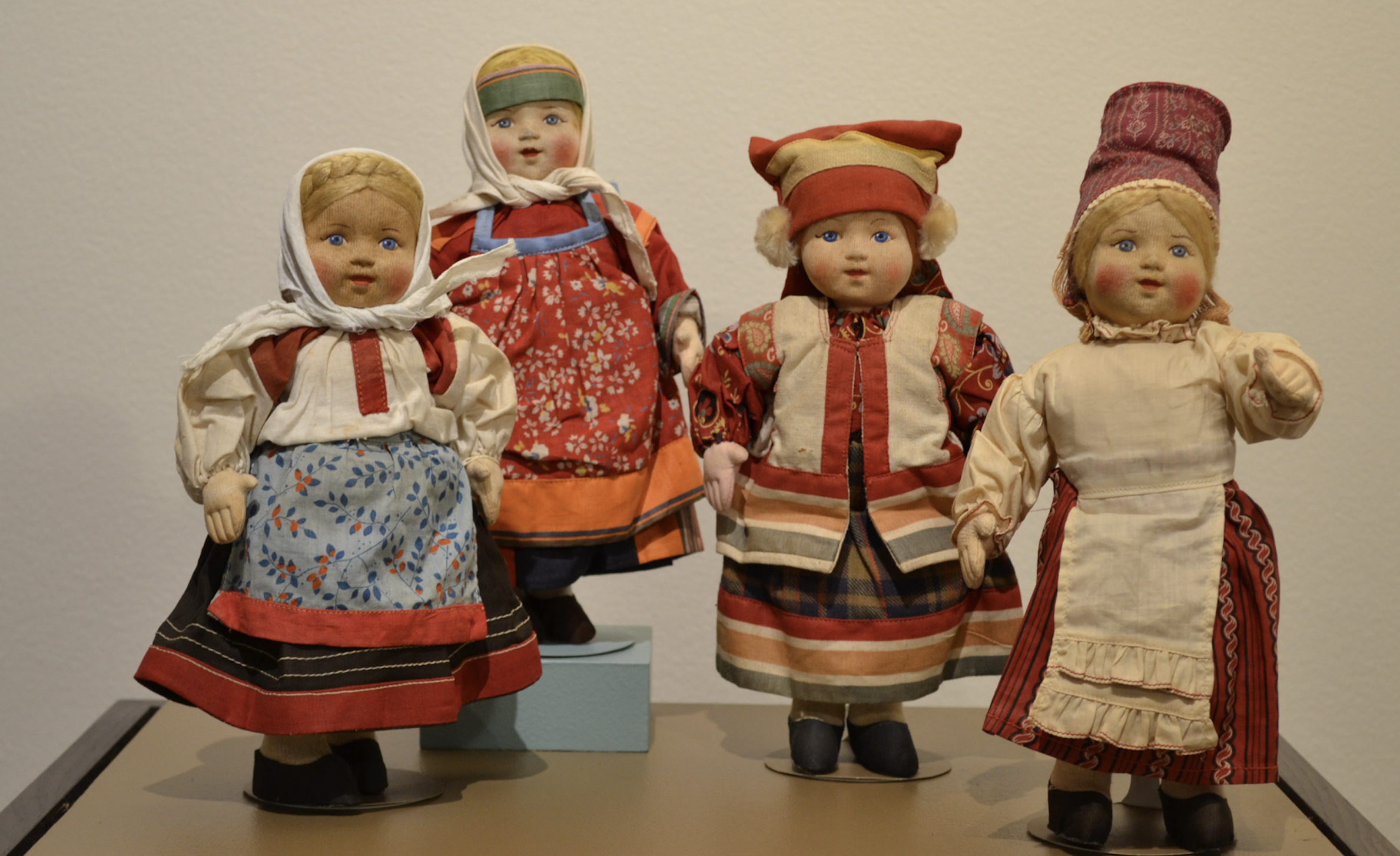 This program will presented via Zoom webinar.  |  FREE  |  Please register in advance.

This exhibition presents forty dolls from the collection of Museum co-founder, Susan Johnson, and from the TMORA collection. The dolls on display are known as stockinette dolls. Stockinette dolls are a type of rag doll, with wire armature bodies covered in stockinette, a soft knitted silk or cotton. Dressed in sarafans and other traditional peasant outfits, these hand-made dolls originate from early Soviet-era production cooperatives called artels.

In the 1920s, Moscow was teeming with production cooperatives and creative collectives. The Soviet regime was still young. The highly centralized and all-controlling system was yet to come into its own during the following decade under Stalin. Several Moscow artels that made toys for children were Everything for the Child, Red Toys, Red Army Artel, and other production units.

Early Soviet artels were in partial control of their output and could trade internationally. Artel dolls were actively exported. In America, Russian-made dolls were sold by Kimport Doll Imports (Independence, Missouri), among other trading firms. Ethnic dolls from the early Soviet era have survived the test of Russia’s turbulent 20th century – but mostly outside Russia.