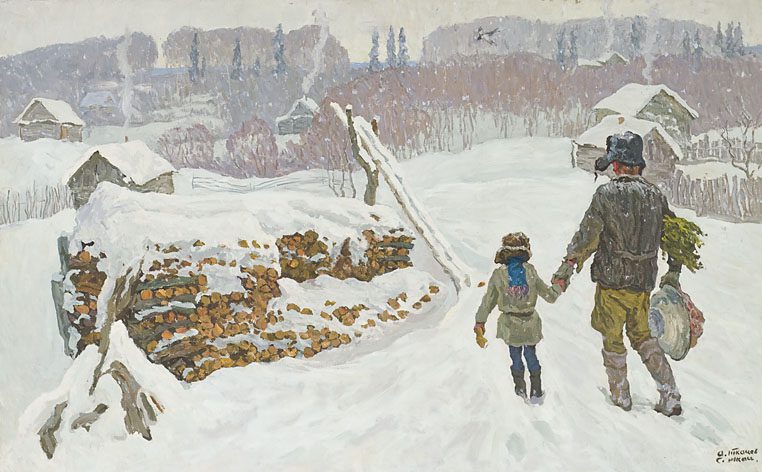 Sergei and Aleksei Tkachev are distinguished masters of Russian Realist art whose contribution to Russia’s artistic legacy is highly recognized both in their country and abroad.  The Tkachev brothers were born in the village of Chugunovka, in the Bryansk region.  They received their training at the Surikov Art Institute in Moscow.  Sergei graduated in 1952 from the studio of Sergei Gerasimov, and Aleksei in 1951 from the studio of Fedor Modorov and Dmitri Mochalski.  For nearly sixty years, the renowned brothers have painted together, frequently on the same canvas, developing a recognizable style of their own.  They earned the honorary titles of People’s Artist of the USSR and both were awarded the USSR State Prize, among numerous other honors. 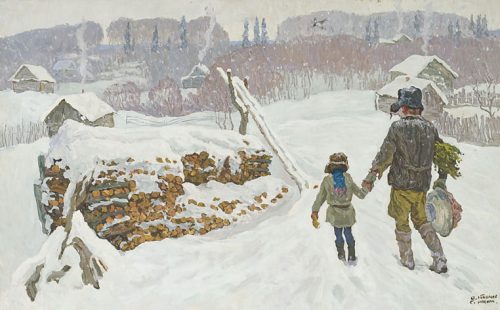