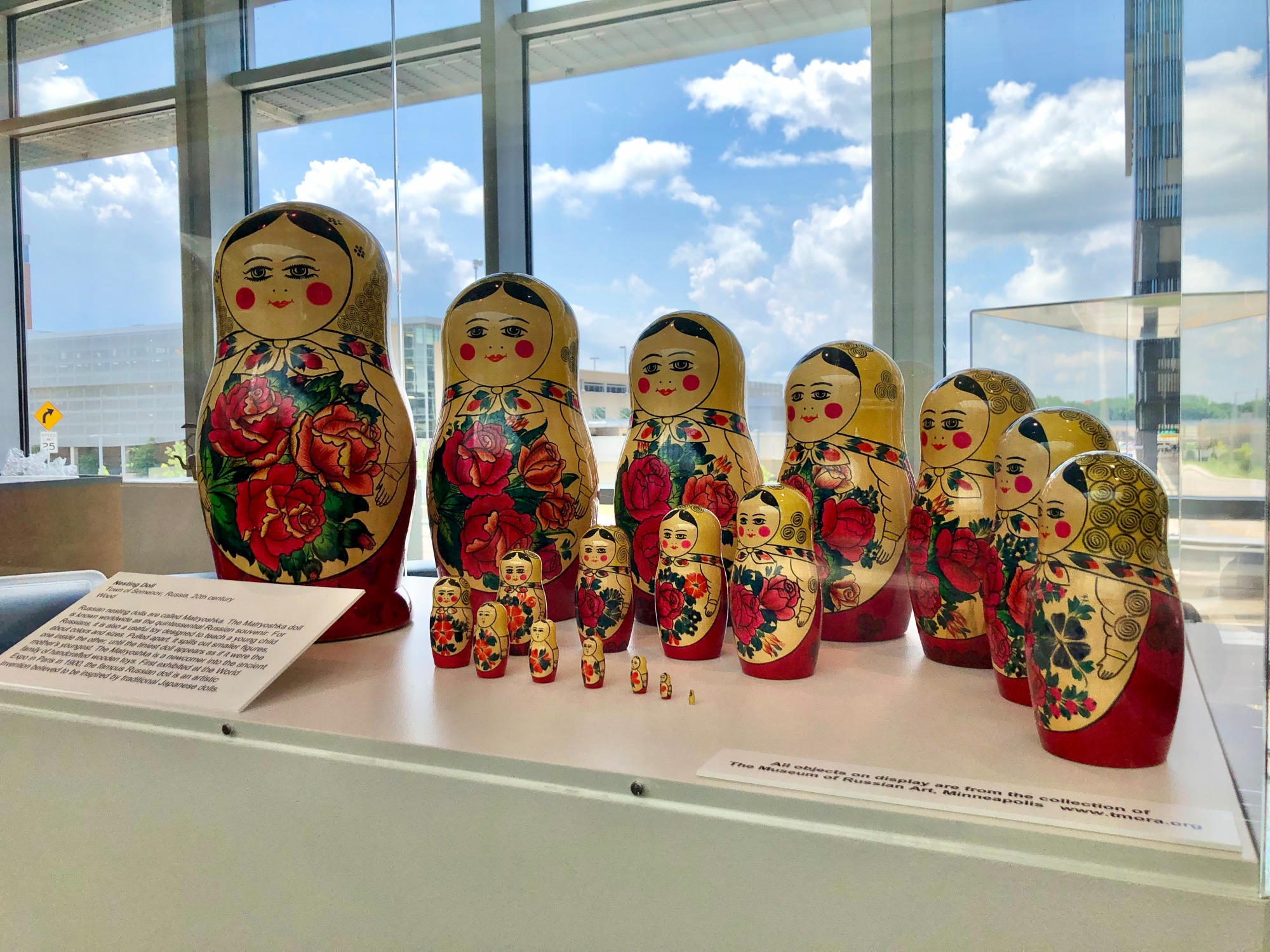 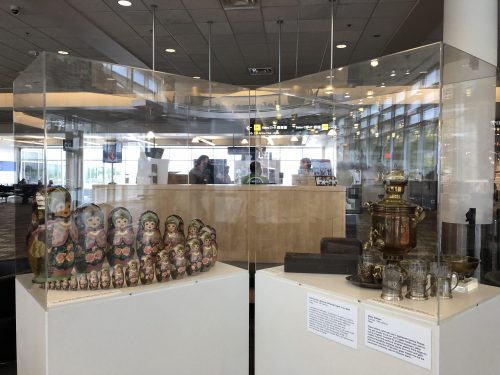 Viewable from all sides, these vitrines of Samovars, Nesting Dolls, and other remarkable artifacts from The Museum of Russian Art put history and culture into full view.

Samovars are portable water heaters, widespread throughout the Russian Empire before the introduction of electrical appliances. Many of them arrived in the United States carried by immigrants. Cast in many different shapes, these bronze urns are impressive relics of the past that hold memories of immigration and traveling in the late 19th-early 20th century.

Matryoshka are carved and painted wooden nesting dolls that became a quintessential Russian souvenir in the last century. Created as educational toys in the late 19th century, they became popular with craftsmen and artists in several regions of Russia, developing regional designs and color palettes. 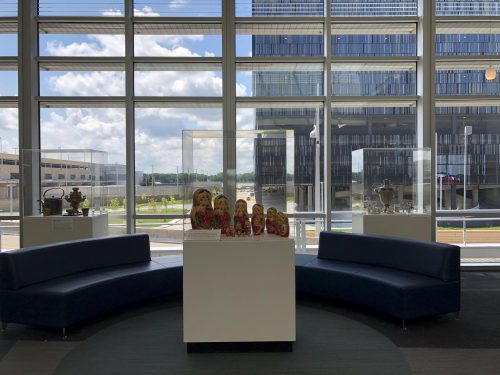 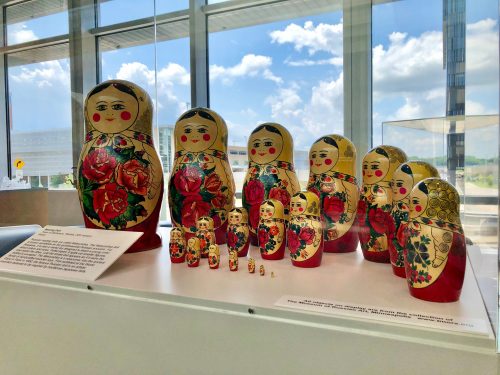