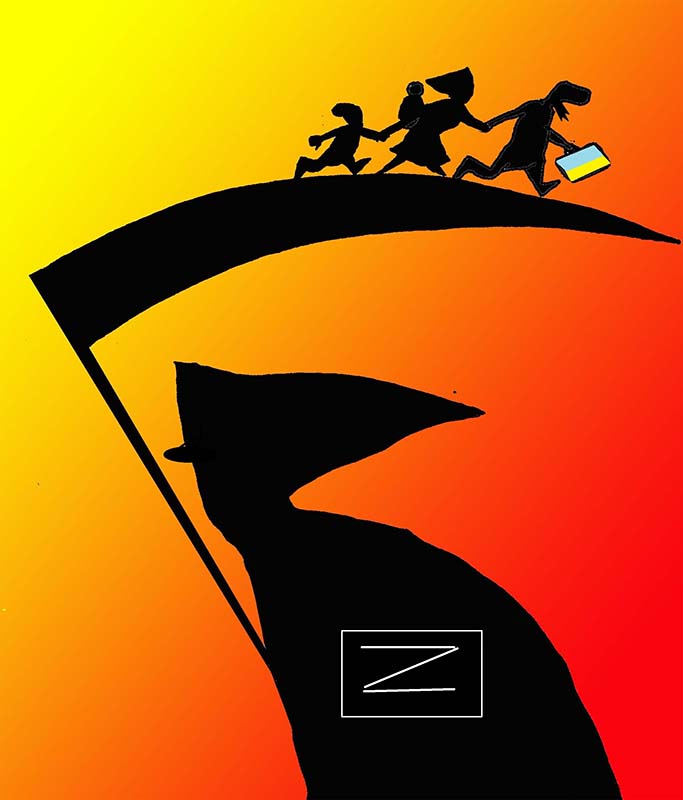 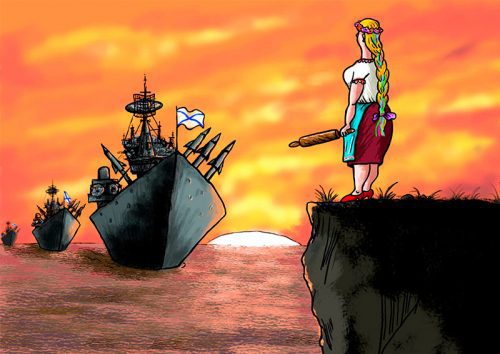 TMORA has launched the second round of the Say No to War exhibition of political cartoons by Ukrainian and oppositional Russian artists. The Museum will continue to rotate the display, reiterating its antiwar stance, until the end of this war.  We will be adding new artist names, expanding our geographic reach, and introducing new artworks until the unjust and brutal war ends. In this 2nd round of the exhibition, the new names include Serhii Fedko, Dmitry Skazhenik, Oleh Smal, Vadim Siminoga, and Leonid Storozhuk, all from Ukraine, as well as new cartoons by artists represented in the 1st round. These Ukrainian artists live through the unthinkable realities of wartime; and we, as a museum, together with the whole world, say, “Freedom and Victory to Ukraine!”

The exhibition is organized by The Museum of Russian Art (TMORA) in collaboration with Minnesota artist Andrey Feldshteyn, who has worked in the genre of political cartoons for four decades. At the beginning of the war, Andrey approached a number of artists with an invitation to share their works for this exhibition and they sent their amazing works to be displayed at TMORA.

Andrey writes, “Wars destroy human relationships. But political cartoonists inhabit a country of their own governed by the law of the genre.  We collaborate in international projects, express our anti-war sentiment during war-time, and support colleagues who suffer persecution.  At the beginning of this war, I wanted to attract artists to a collaborative project exposing the aggressor, pointing to the perpetrator, and uniting artists against our common enemy, Putin’s regime waging a war of aggression in Ukraine. 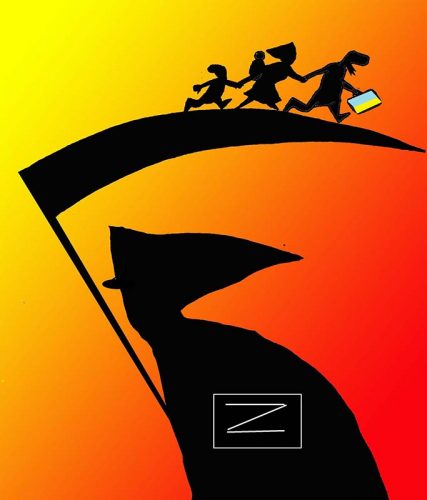 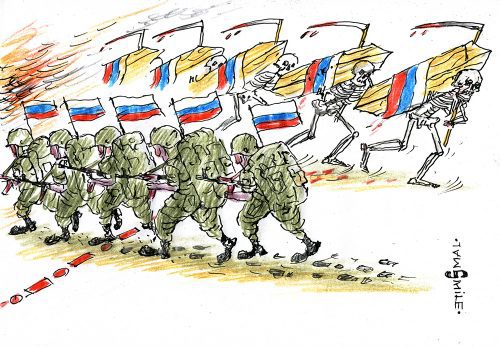 Oleh Smal, Ukraine
There and Back