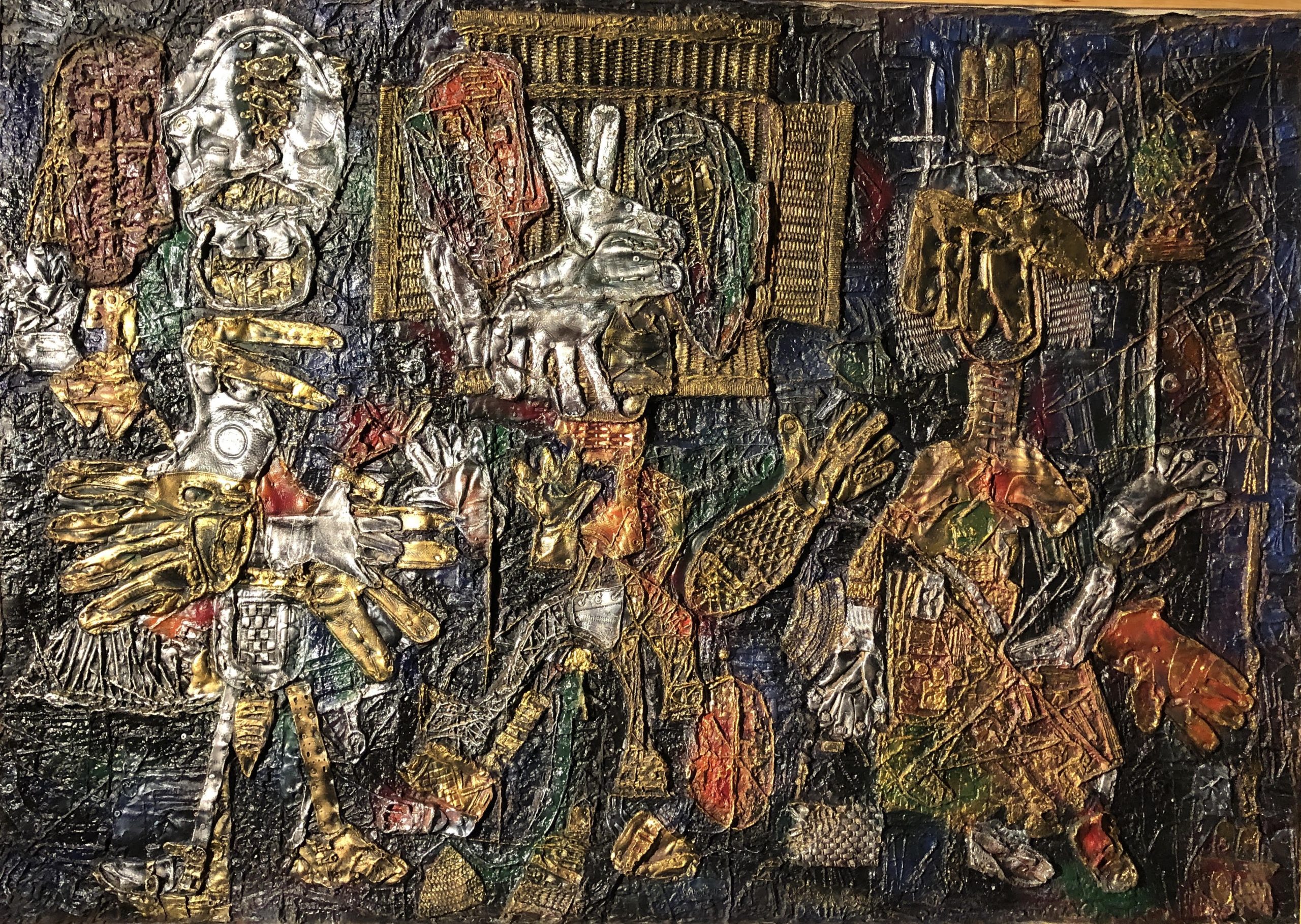 Ekaterina Khromin: The Art of Synergism 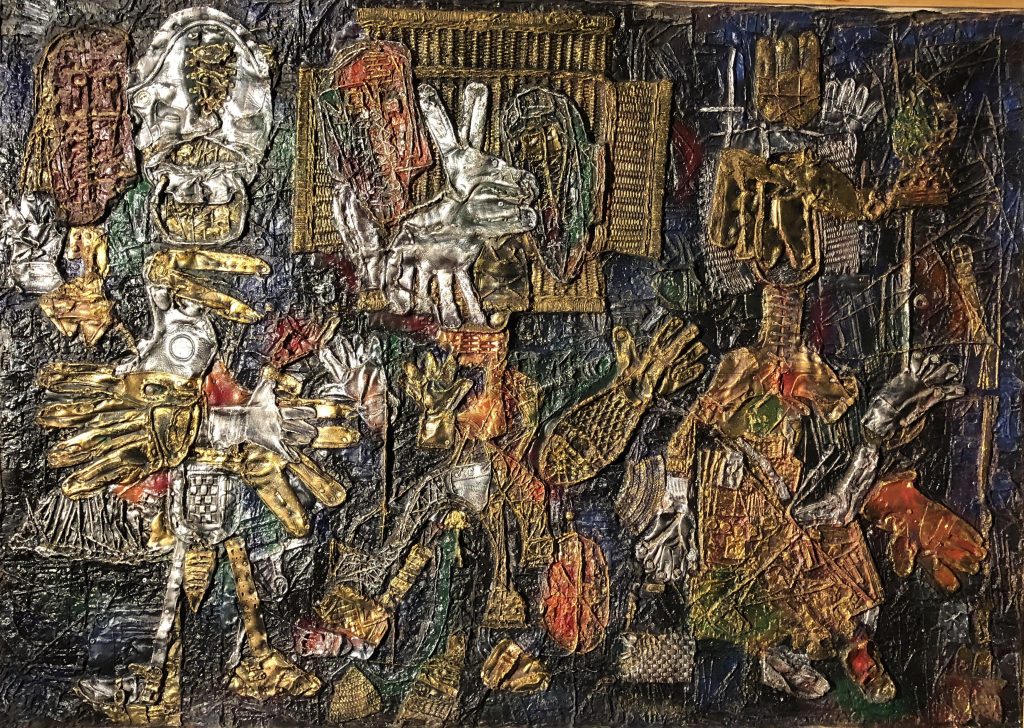 The exhibition brings together the most recent work by Ekaterina Khromin, a Russian-American artist from Miami, with an art studio set up amidst the picturesque Catskill Mountains in New York State.  The majority of paintings in this exhibition are executed in the technique that the artist defines as Synergism.

Synergism merges sculpture’s capacity to express dimensionality with painting’s power to communicate through line and color.  Utilizing Synergism, Khromin continues the family tradition developed by her late husband Victor: she paints on sculpted surfaces, bas-reliefs of sorts, made from fragments of found objects such as buckles, belts, bags, gloves, and more.  Her art hovers between two registers – exploiting both, while committing to neither.  Khromin’s recent work is an inter-visual exploration, blending two distinct visual experiences: perception of the flatness of the pictorial plan and the spatiality of underlying textures.  By combining several conventional approaches, she creates new art objects with complex textures and chromatic harmonies.

Born in Leningrad, Ekaterina Khromin graduated from the Repin Art Institute of the USSR Academy of Arts and worked as a children’s book illustrator for the State Children’s Publishing House.  Arriving in the United States in 1990, she launched a successful career as an art conservator.  She participated in the Antiques Roadshow as an art expert.  In recent years, her art has been exhibited in several galleries and museums, including the Museum of Contemporary Art, North Miami.