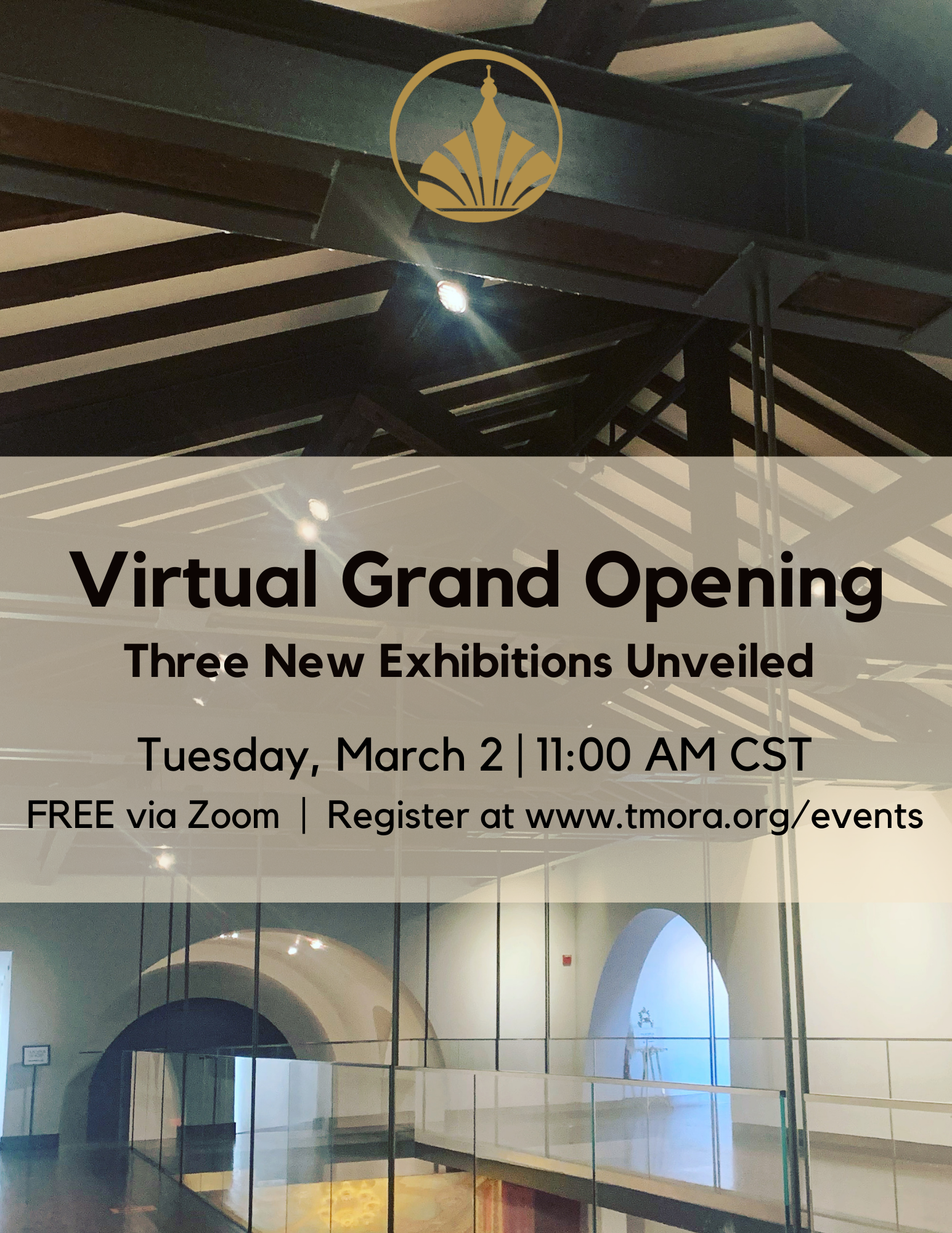 The Museum of Russian Art invites you to the virtual unveiling of three new exhibitions in our galleries – all installed in February 2021.  This remarkable transformation calls for a celebration with Chief Curator Dr. Masha Zavialova, Executive Director & President Mark J. Meister, and Director of Public Programs Michelle Massey.

During this virtual event, you’ll have the opportunity to glimpse each new gallery and listen to insightful commentary by Dr. Zavialova.

The virtual event will be presented via Zoom Webinar | FREE | Please register in advance.

For the first time in its two decades in operation, TMORA dedicates one of its four galleries to the display of the Museum’s permanent collection.  This exposition includes examples of Soviet-era art donated to the Museum by its founder Ray Johnson, as well as large representative pieces of Socialist Realist art from the recent donation of the Jurii Maniichuk and Rose Brady Collection. The displays in The Permanent Collection Gallery will rotate, presenting viewers with a cross-section of the Museum’s entire holdings, including folk art, numismatics, sculpture, rare books, photography, posters, and much more.

This exhibition brings together twenty-three of the most recent works by innovative Russian-American artist Ekaterina Khromin.  Exploring the possibilities of painting beyond the traditional constraints, Khromin defines her style as Synergism.  Her works combine painting, sculpture, drawing, and collage of found objects, which results in an integrated work of art.  By combining several conventional approaches, she creates rich surfaces with complex textures and chromatic harmonies.  Ekaterina Khromin was trained as an artist at one of the best Soviet-era art schools – the Academy of Arts in Leningrad.  She worked as a children’s book illustrator before she and her artist husband emigrated to the US in 1990.  The artist couple launched a successful career as artists and art conservators in New York and Miami.