TMORA After-Hours Tour: The Political Posters of the Gorbachev Era 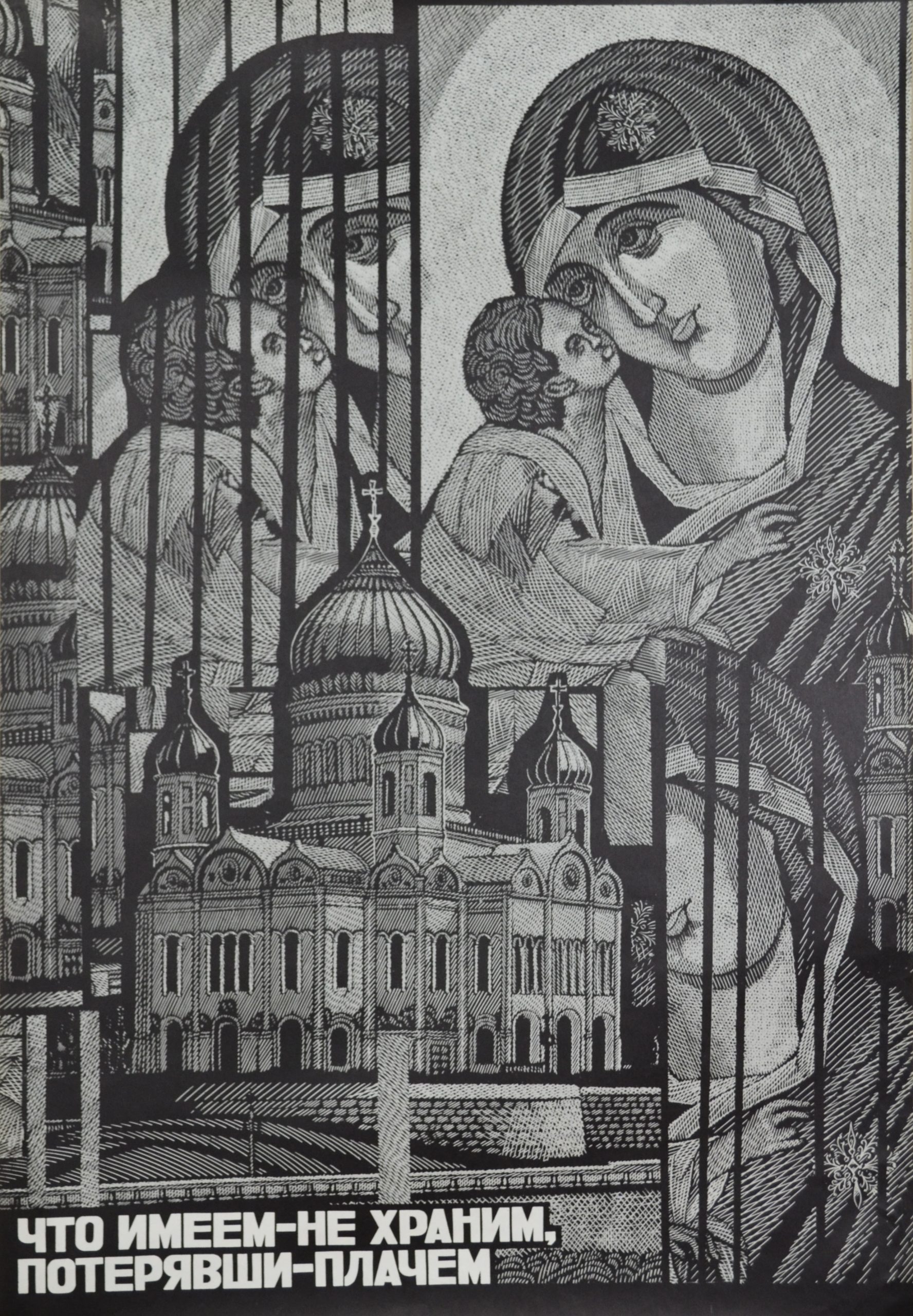 The Museum of Russian Art invites you to a special After-Hours Tour:

Dramatic Shift: The Political Posters of the Gorbachev Era

Join us for an exclusive after-hours tour of the Museum’s Main Gallery exhibition Soviet Posters from the TMORA Collection. Led by docent Pat Spaulding, this tour will contrast the state controlled official posters of Stalin’s time that portrayed the Soviet Union as nirvana with the posters created under Gorbachev, whose policies encouraged freedom of artistic expression and a willingness to admit that the Soviet Union had problems that needed to be addressed.

A reception of light bites and beverages will be available for your enjoyment. Reserve in advance as space is limited. All galleries will be open for viewing.

“What we have we don’t keep, when we lose it we weep.”

Collection of  The Museum of Russian Art

Gift of the Truskinovsky Family