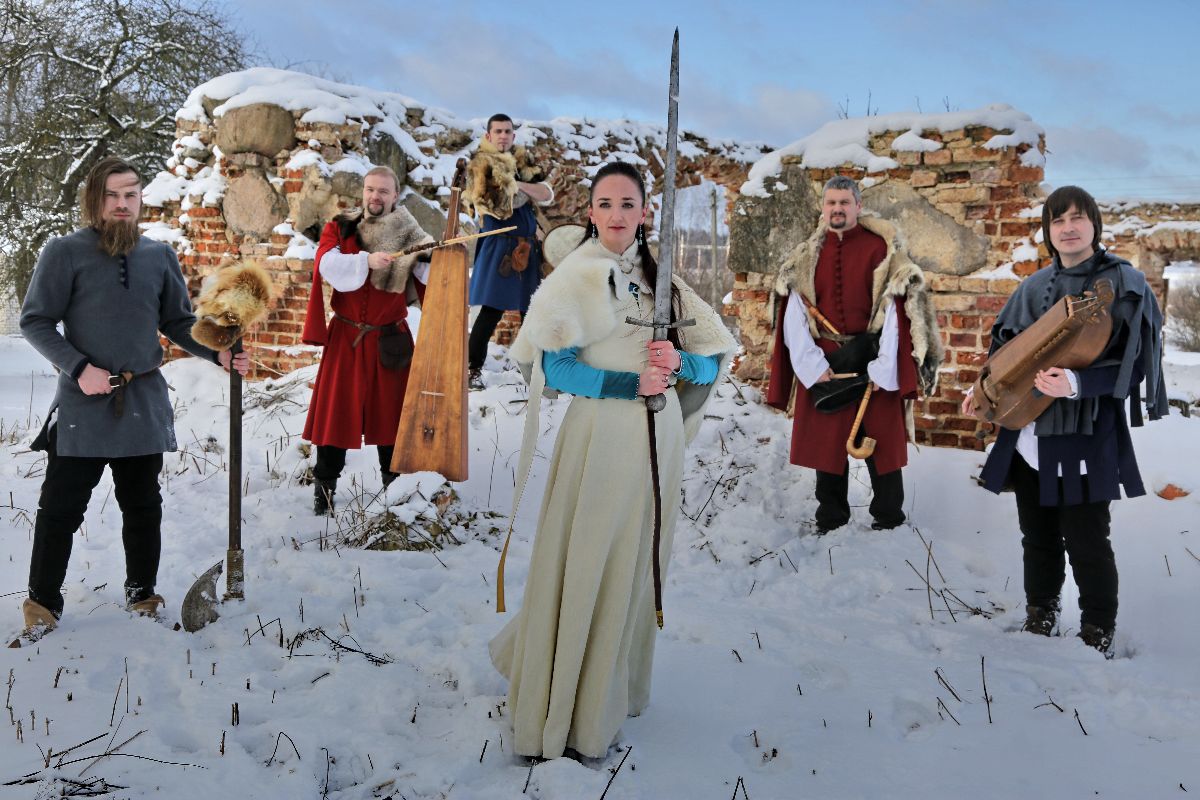 The Museum of Russian Art is pleased to present

If rock-n-roll had been invented 500 years ago, Stary Olsa is what it would sound like.

Join us in the main gallery of The Museum of Russian Art for the return of this renowned group of musicians.

In 1999, Zmicier Sasnouski of Minsk, Belarus, brought together a diverse group of musicians, some classically trained and some self-taught, who shared a common love of history. They set out to revive some traditional instruments of their homeland, which had faded from the public eye during World War II and the Soviet era. Soon, historians all over Europe were sending them historic songs from archives, so these ancient favorites could be heard again just as they were 500 years ago.

Like many bands, Stary Olsa’s roster shifted until it settled on the current line-up, which includes bagpipes, flutes, shaums, lute, rebec, tromba marina, and percussion (including wooden shoes), with front man Aleys Chumakov belting out vocals in Belarusian. Stary Olsa has recorded thirteen albums of popular European dances, rowdy Slavic drinking songs, epic tales of knights and victory, and tender ballads from knights to their ladies-in-waiting. They’ve also produced a fan-demand album of Classic Rock cover songs, after their medieval version of Metallica’s “One” went viral. Until you’ve heard “Iron Man” performed on the hurdy-gurdy, your life is just not complete.

Today’s hits are but “a small stop on a long musical continuum.” Stary Olsa shows just how much our current music owes to its medieval roots. Come listen to living history and party like it’s 1199!