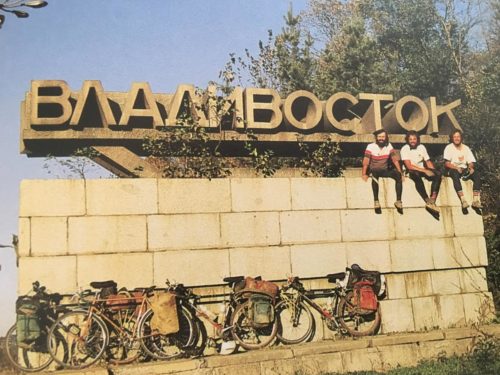 SOVIETREK: REVISITED – A Journey by Bicycle Across Russia

Join us for an evening of local beer tasting and fascinating discussion!

The Museum of Russian Art is pleased to present an evening featuring both an exciting local beer tasting with Lakes & Legends Brewing Company and a wonderful discussion about a journey by bicycle across Russia.

2016 marks the 25th anniversary of the dissolution of the Soviet Union. One year prior to the breakup, two brothers from Minnesota set out to explore what remained of this vast empire – on bicycles. Calling their adventure Sovietrek, Steve and Dan Buettner joined two Russian cyclists for a 5-month bicycling journey across Siberia, through rolling grasslands, mud-covered tracks, and crumbling cities. Join us on the anniversary of this record-setting expedition as educator Steve Buettner relives the highlights of their adventure while reflecting on the Soviet Union of the early 1990s.

Thank you to Lakes & Legends Brewing Company for their generous support.

All tickets are general admission.  Advanced registration is encouraged.  Tickets are non-refundable.  Must be 21 to partake in beer tasting.
+ Google Calendar+ iCal Export