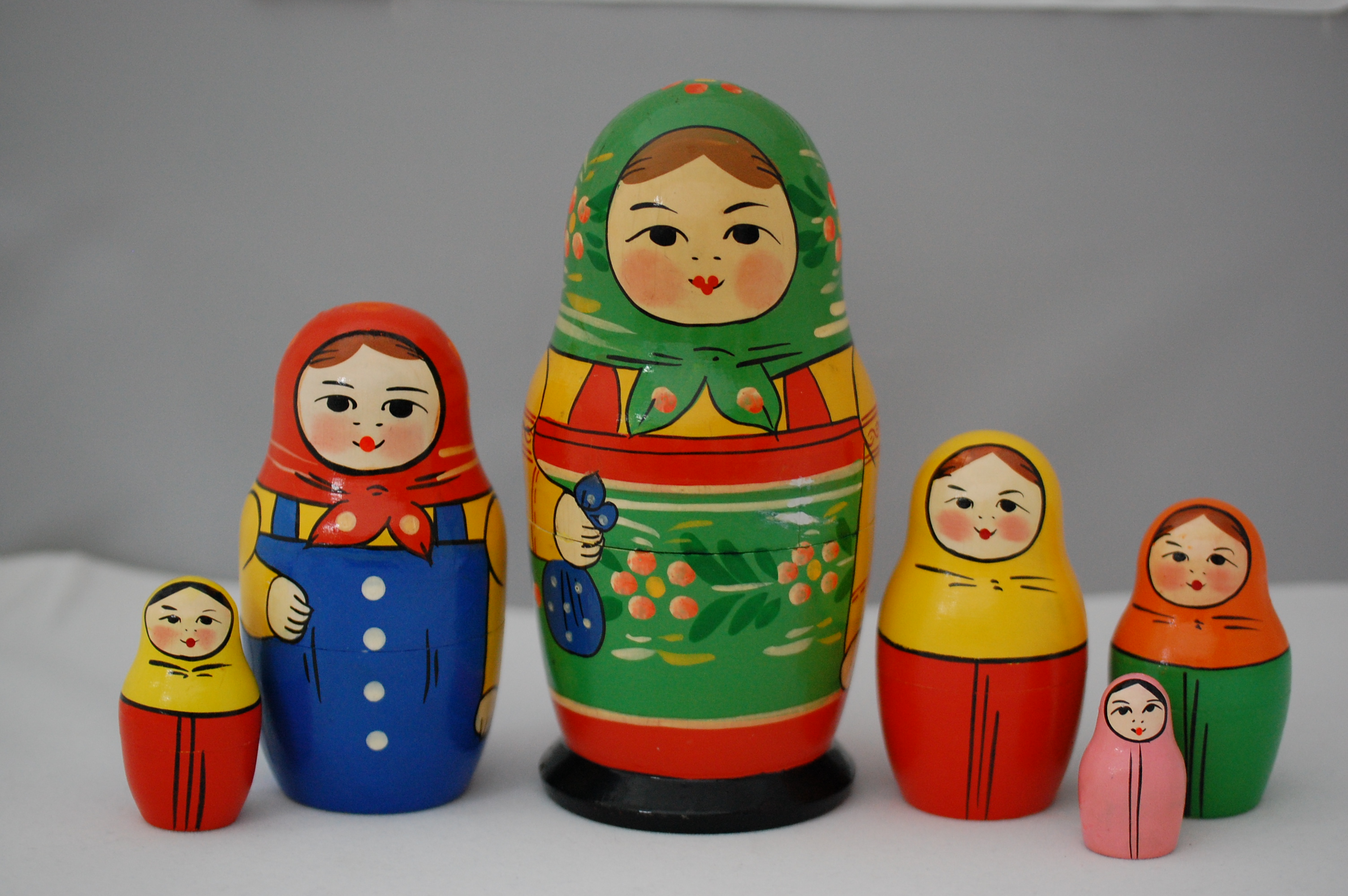 Please join us in celebrating the opening of Matryoshka: The Nesting Doll at The Museum of Russian Art!

The evening will feature remarks by the Director, Curator, and special guests – as well as cider, tea, and Russian goodies.  Bring the whole family!

Matryoshka, a painted wooden nesting doll, is familiar to many as the quintessential Russian souvenir. Pulled apart, the Matryoshka spills out smaller figures, each one inside a larger doll, until the tiniest one is revealed. Matryoshka dolls are new-comers in the ancient family of Russian wooden toys. The brightly painted toy was developed in the midst of Moscow’s sophisticated artistic elite in the late 19th century. Inaugurated at the World Expo in Paris in 1900, the Russian doll became popular with European collectors before it became a folk craft in remote villages of densely wooded Northeastern Russia. Moscow’s prominent artists played with its design before Russian peasant children ever set their eyes on the amusing toy.

A thriving industry in its early, pre-revolutionary years, Matryoshka production was brought under the control of the state during the Soviet period. The art of post-Soviet Matryoshka stands in striking contrast to the previous uniform styles. Once again a home industry, contemporary Matryoshka nesting dolls express the variety and dynamism of artistic talent.