The Museum of Russian Art (TMORA) presents an evening with award-winning authors Darra Goldstein (The Kingdom of Rye, Beyond the North Wind, Fire + Ice) and Dara Moskowitz Grumdahl (Mpls.St.Paul Magazine, Drink This: Wine Made Simple) as they discuss the food traditions of Northern Russia, Scandinavia, and Minnesota – where long, cold winters require preservation through fermentation, curing, slow cooking and more. A perfect event for a Minnesota winter evening!

The galleries and TMORA Shop will be open for viewing and shopping. Book signing will follow the event. The following books by Darra Goldstein are available for purchase in TMORA Shop:

The Kingdom of Rye, Beyond the North Wind, and The Georgian Feast

Thank you to our sponsor: 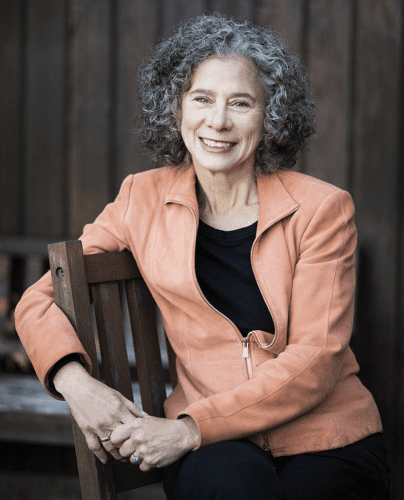 Darra Goldstein is the Willcox B. and Harriet M. Adsit Professor of Russian, Emerita at Williams College. The founding editor of the journal Gastronomica, she is also the author of six award-winning cookbooks. Darra has consulted for the Council of Europe on using food as a tool for tolerance and diversity and has held distinguished fellowships in food studies at the University of Toronto and the University of Melbourne. She has co-curated three exhibitions on twentieth-century Russian art: The World Opened Wide: 20th-Century Russian Women Artists. Selections from the Thomas P. Whitney Collection, at the Mead Art Museum, Amherst College; Graphic Design in the Mechanical Age, at the Cooper-Hewitt National Design Museum; and Art for the Masses: Russian Revolutionary Art from the Merrill C. Berman Collection, at the Williams College Museum of Art and other venues. She currently sits on the board of the Julia Child Foundation for Gastronomy and the Culinary Arts and is a member of the advisory “Kitchen Cabinet” of the Smithsonian National Museum of American History. In 2020 she received the Lifetime Achievement Award from the International Association of Culinary Professionals.

Dara Moskowitz Grumdahl is a senior writer at Mpls.St.Paul Magazine. A six-time James Beard Award winner (and fifteen-time nominee) for her food and wine writing, Dara is also the author of the book Drink This: Wine Made Simple, and the forthcoming The Essential Dear Dara: Writings on Local Characters and Memorable Places. Formerly Dara was a feature writer and restaurant critic for City Pages (1997-2008,) Minnesota Monthly (2008-2012,) and hosted the WCCO radio show Off the Menu (2012-2020.) As a writer for Delta Sky she got revealing dirt from luminaries including Idris Elba, Jennifer Hudson, and Julia Louis-Dreyfus; “I’m a fun lunch!” she explains. Her work has appeared in magazines including Gourmet, Bon Appetit, and Food and Wine, and she has been featured in 10 volumes of The Best Food Writing in America. Dara grew up in New York City and came to Minnesota to attend Carleton College. She lives in South Minneapolis with her two children, an angry cat, an absurdly small dog, and a great many squirrels who taunt her by carrying slices of pizza from nearby apartment-building dumpsters into her backyard and abandoning it in the crook of her 100-year-old sugar maple. They seem to say: “Everyone’s a critic, and we too have opinions about pizza.”