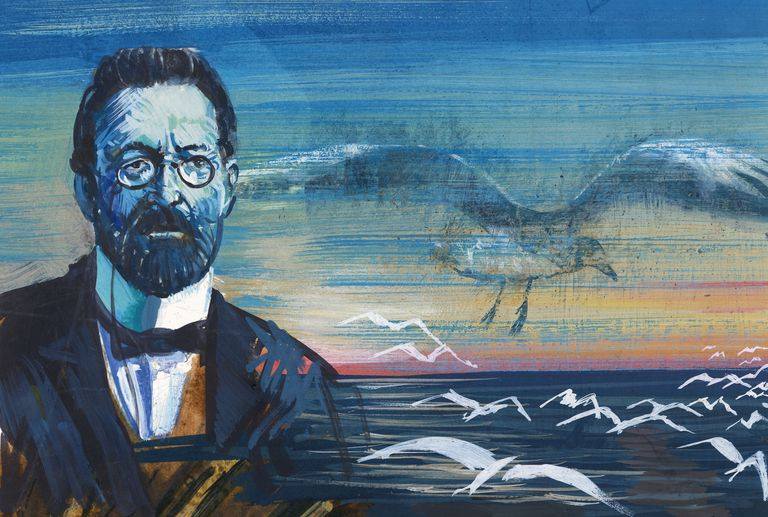 Please join the Russian-American Business and Culture Council (RABCC) and The Museum of Russian Art in celebrating the 161st anniversary of Anton Chekhov’s birthday.

This virtual program will include new reflections on the life and art of the great Russian writer by renowned Chekhov scholar and biographer Donald Rayfield (Queen Mary University, London) plus a dramatic reading of two Chekhov short stories, followed by audience Q&A. This program will be presented in English.

This event will take place via Zoom Webinar.  FREE.  Please register in advance.

Donald Rayfield is Professor Emeritus of Russian and Georgian at Queen Mary University of London whose books include the authoritative Anton Chekhov: A Life and Understanding Chekhov, as well as Stalin and his Hangmen, and Edge of Empires. He has authored numerous articles on comparative literature and other subjects as well as award-winning translations of prose and poetry from Russian, Georgian and Uzbek. In honor of his achievements, Professor Rayfield was awarded the Order of the British Empire in 2003 and the Georgian Order of Merit in 2016.

Beth Gilleland is an Artistic Associate at Illusion Theater in Minneapolis who has written and performed for American Public Radio’s Good Evening with Noah Adams, NPR’s All Things Considered and BBC Scotland via the Edinburgh Fringe Festival.  She was a company member at Dudley Riggs’ Brave New Workshop and is an esteemed veteran of Minnesota’s artistic and theater scenes.