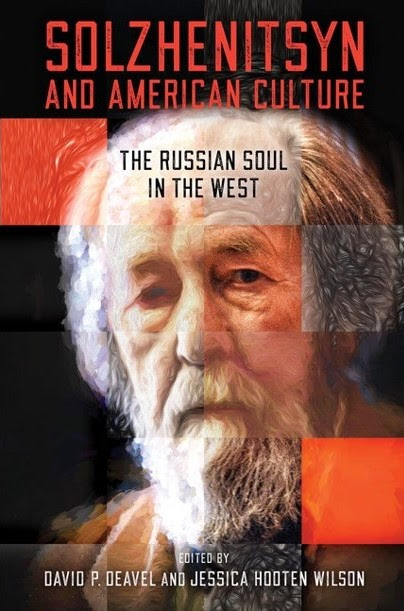 Russia’s rich history of culture, religion, and philosophical reflection has been a deposit of wisdom for American artists, religious thinkers, and political philosophers probing what it means to be human. Aleksandr Solzhenitsyn (1918-2008) stands out as the key figure in this conversation, as both a Russian literary giant and an exile from Russia living in America for two decades.

In the new book Solzhenitsyn and American Culture: The Russian Soul in the West (University of Notre Dame Press, October 2020), David P. Deavel and Jessica Hooten Wilson have collected essays from scholars who have been tracking what Americans have borrowed and learned from Solzhenitsyn as well as his fellow Russians. The book offers a consideration of what we have in common—the truth, goodness, and beauty America has drawn from Russian culture and from masters such as Solzhenitsyn—and will suggest to readers what we can still learn and what we must preserve. This event marks fifty years since Solzhenitsyn received the Nobel Prize in Literature in 1970.

Join the discussion on Thursday, November 19th from 7:00-8:00 PM CST: add the event to your Google Calendar in advance, or join directly via GoToMeeting at the time of the event.