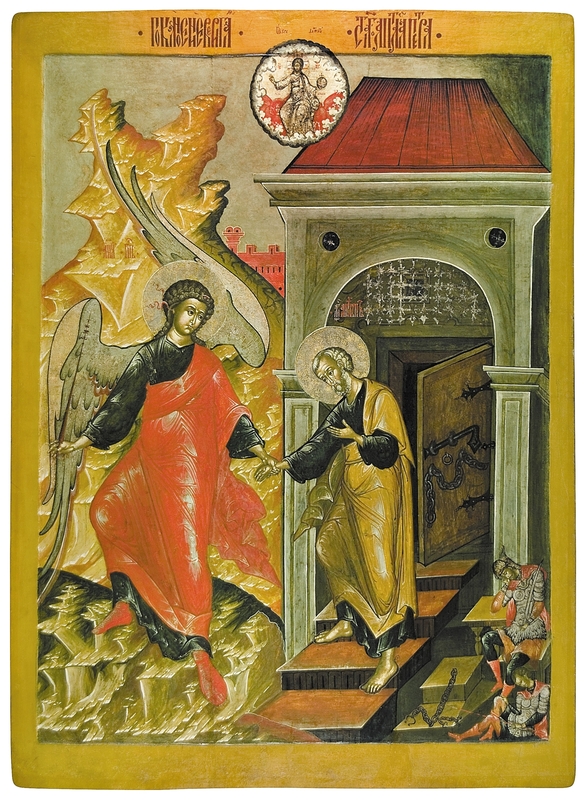 The Deliverance of Apostle Peter from Prison

This icon is based on a story from the Acts of the Apostles (Acts 12: 3-10) about the miraculous release of the apostle Peter from prison where King Herod imprisoned him. The icon has a second title, inscribed on its upper margin in Old Church Slavonic – the first literary Slavic language – “The Veneration of the Holy Apostle Peter’s Chains.” According to the Acts of the Apostle, Peter’s chains fell off his hands when the angel appeared before him to lead him out of jail. For centuries, Peter’s chains were objects of ardent veneration throughout the Christian world. The 5th century Church of St. Peter in Chains, located in Rome, houses the chains that allegedly fettered Peter while he was in prison.