Founded in 1744 by Empress Elizabeth, the St. Petersburg porcelain factory was one of the earliest, albeit lesser known, European factories to start producing hard-paste porcelain. Russia’s porcelain recipe was not a stolen Meissen secret. A talented Russian scientist, Dmitry Vinogradov made numerous experiments with local clays and rocky minerals to create the high quality hard-paste porcelain closely resembling the Chinese formula. In 1756, Vinogradov built a large kiln, and the first dinner set, known as Her Majesty’s Own Service, was made for Empress Elizabeth.

It was Catherine the Great, however, who turned the factory into a world-class porcelain manufacturer.  After inspecting the factory and ordering its reorganization, a noticeable improvement in the quality of the porcelain soon followed. Named the Imperial Porcelain Factory, it received unbounded royal patronage and, for over a hundred and fifty years, catered to the needs of the court and Imperial family. The factory produced dinner and dessert services for various Imperial residences and royal yachts, as well as dowry sets and diplomatic gifts. Starting from the reign of Catherine the Great and until the Russian revolution of 1917, all products of the Imperial Porcelain Factory bore the monogram of the reigning monarch.

The Imperial Porcelain Factory in St. Petersburg endured through wars and revolutions—outlasting the Imperial dynasty whose needs it served for almost two centuries. 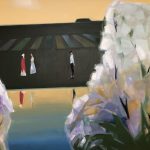 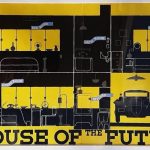 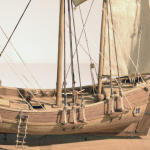