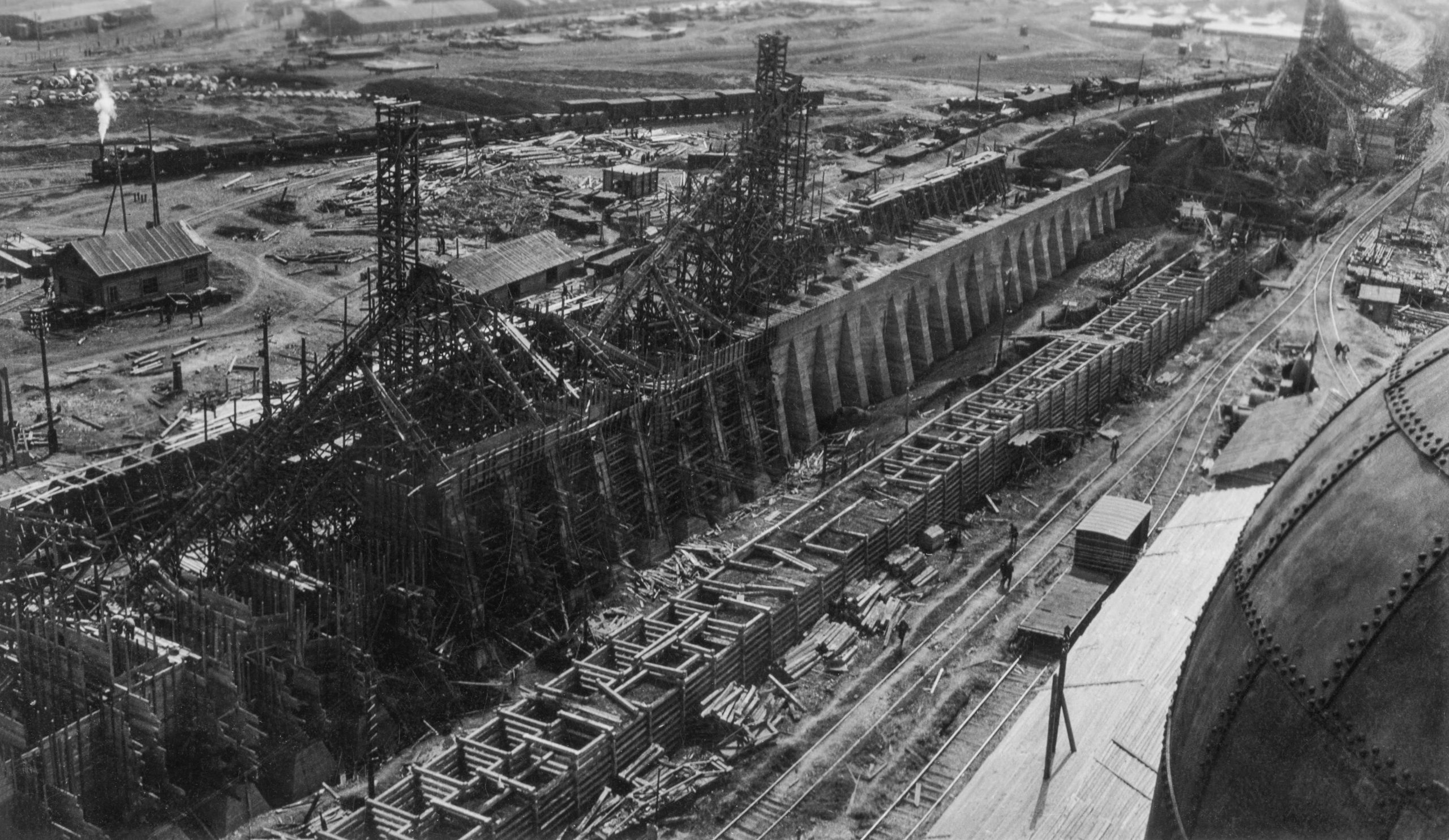 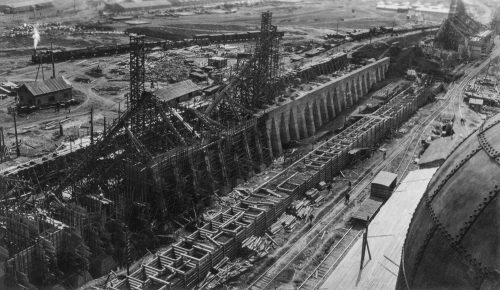 In 1931, Holschuh, who was an expert in the operation of blast furnaces, was hired by the Chicago-based Freyn Engineering Company to work at the construction site of a large steel mill in Kuznetsk, Southern Siberia. The construction of the Kuznetsk mill was one of the key points in Stalin’s vast industrialization program and, like other projects (most notably the Dnieper Hydroelectric Station), involved Western European and American companies. While in Kuznetsk, Holschuh created a unique photographic archive of the construction, its sites, and people from which the display in the Mezzanine Gallery of the Museum is drawn.