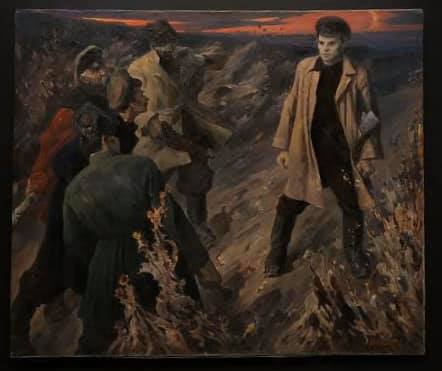 Paintings by Yuri Komendant are familiar to our regular visitors. We exhibited his works before, featuring handsome miners and steel workers. This painting’s protagonist is definitely Komendant’s type of male beauty. But unlike the previously exhibited works which were portraits, this is the so-called thematic painting. Thematic paintings were the top genre in the Soviet hierarchy of visual genres. Thematic paintings unfolded a narrative focusing on the benign aspects of the Bolshevik revolution, Soviet Army, Soviet industry, party leaders, etc.

Komendant’s work shows a young man wearing some kind of urban outfit confronting a group of four men wearing a somewhat fancier, and Ukrainian, kind of clothing, one of them holding a gun. Who are they and what is the nature of their conflict? The young man is probably not a local, and, based on the work’s title, a member of the Komsomol (abbreviation for the Young Communist League). Komsomol followed the guidance of the Communist Party, and we can see a newspaper sticking out of his pocket — most likely the Pravda newspaper. And this is the only weapon the young man has — the wise words of the party rather than a shotgun. Because the scene is set in a field, the conflict must involve land. Now I think we are ready to give the conflict a name: the collectivization. The people on the left oppose the collectivization that the young man brings to this area. The scene is probably set in 1929-1932.

In 1929, the Pravda published Stalin’s article “Year of Great Change” which marked the beginning of the total collectivization of farm land throughout the country (Remember Lenin’s slogan Land to Peasants from previous entries?… so much for trusting the powers that be). And on top of that, in 1930, the Central Committee of the Communist Party adopted a decree on ‘elimination of kulaks’ (well-off farmers) as a class. The Party sent 25,000 “socially conscious” industry workers to the countryside during 1929–1933 to help collectivize the land, and our handsome young man might be one of them.

The artwork is clear whose side it is on — let’s look at just one telling detail, the plant on the left. It is thistle. You wouldn’t find it very helpful unless you know the Russian name, chertopolokh – devil’s alarm. And now all the i’s are dotted. Now we know who these people are. See how they huddle and hunch under the unflinching gaze of the young man, our handsome Scourge of Evil.

Like in many of the paintings in this show, there is a silence here, and it is a roaring silence. It resounds with the voices of victims of the collectivization and ensuing starvation, millions of them, my maternal grandfather included. 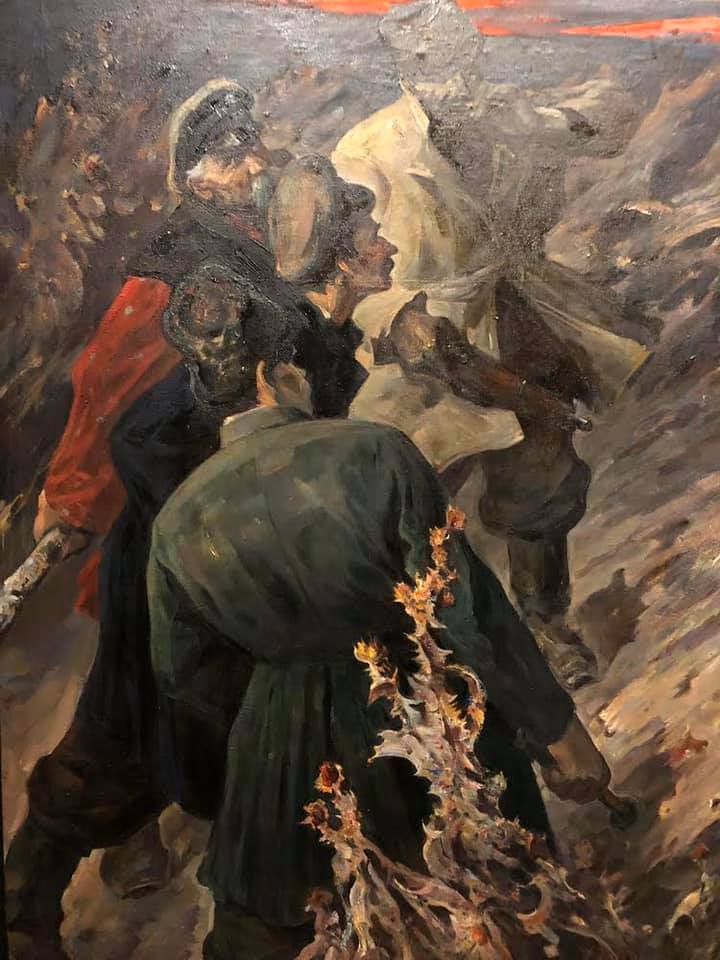 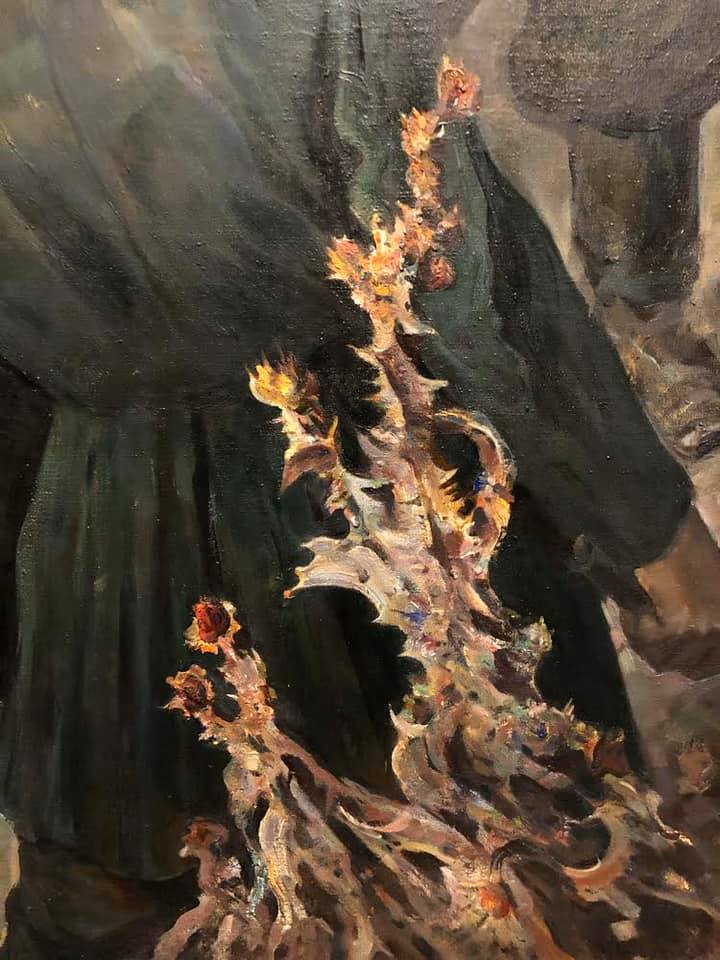