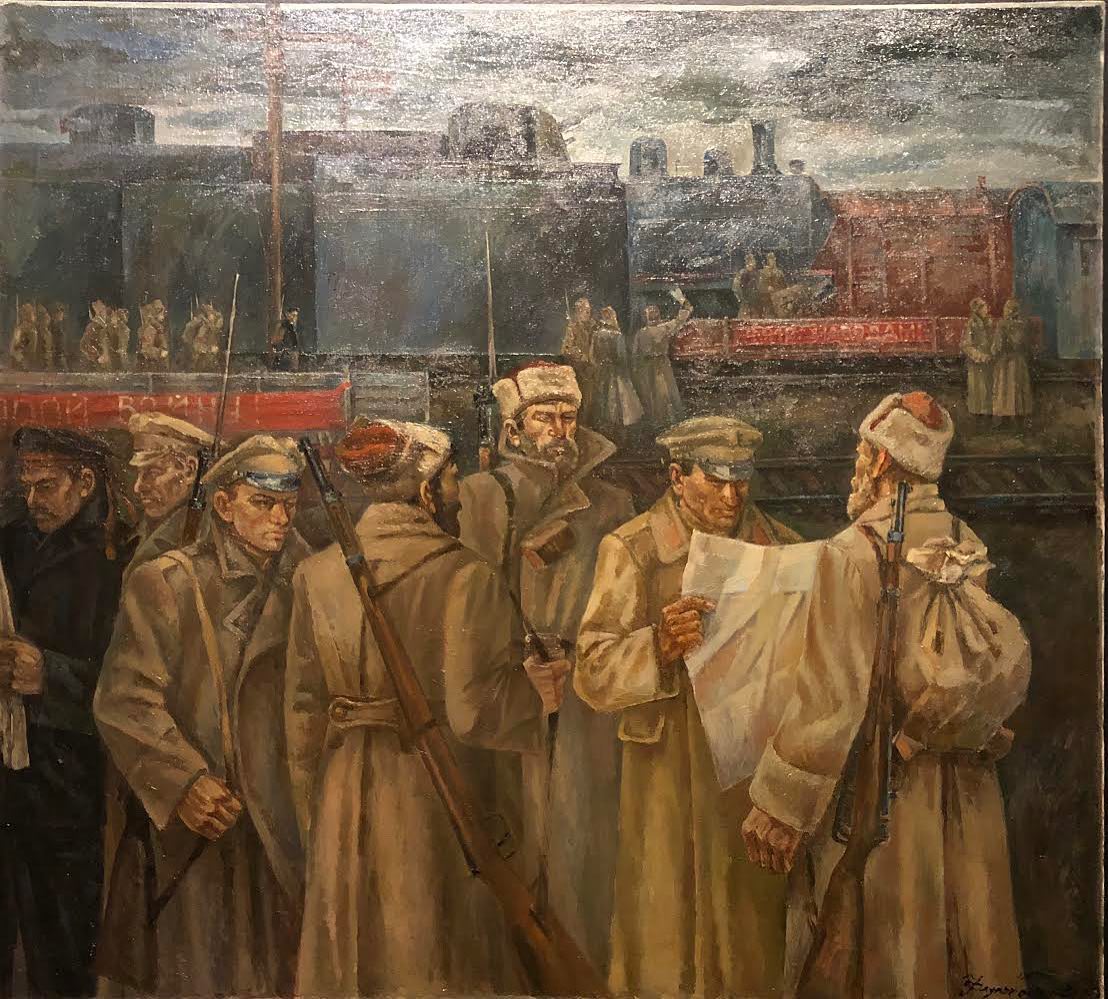 It is amazing how many of this show’s paintings have slogans incorporated into them, whether explicitly or implicitly, like in our previous post of the painting “Land.” Today’s painting “First Decree on Peace” takes us back to the same event referred to in “Land.” — Second Congress of the Soviets on October 26, 1917. The Bolshevik takeover of power has just happened on the previous day, and the Congress officially proclaims that all power now belongs to the Soviets, and all land to peasants. And there is no war. That’s what these soldiers are reading — that the new Russian Government (called Council of People’s Commissars) unilaterally withdrew from WWI. Cutting across the middle of the painting horizontally, there are slogans in red: “Down with War!” and “Peace to Nations!” The steam locomotive in the background brings to mind one of the most ubiquitous revolutionary songs: “Our Locomotive, fly forward! Next stop – Communism!” (1918) No need for comments, I think. The song is the underlying broader theme of the painting: the projection from the first Soviet decree into the future.

It is interesting that there is no exhilaration in soldiers’ faces. They are more thoughtful and apprehensive than happy. Who knows at this point what lies in store for them. And for sure, nothing exciting – another bloody war, the Civil War of 1918–1921. But they don’t know it yet. Are they overwhelmed with the historical importance of the moment? Another thing that can explain this lack of enthusiasm in a Soviet panting is the laxity of the late Soviet-era art scene – six more years and the Soviet Union will cease to exist.