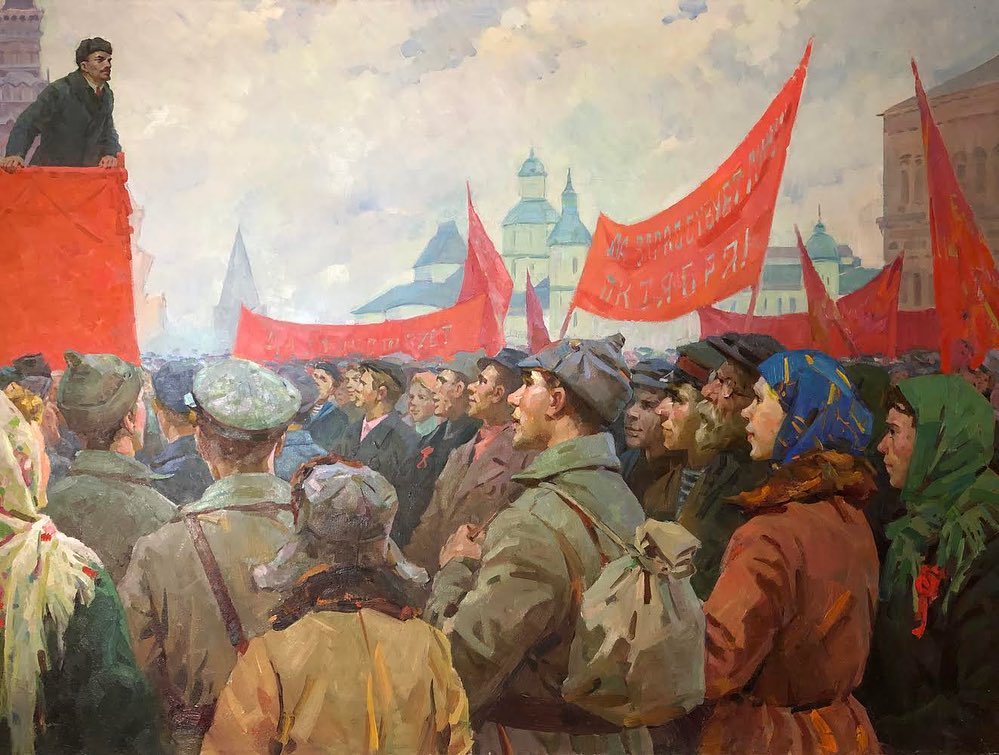 In this painting, Lenin speaks on Red Square for the celebration of the 1st anniversary of the October Revolution, on November 7, 1918. Why November? By that time, the new Bolshevik government changed the calendar from Julian to Gregorian, with 13 days difference. On the original photograph of the event, you see fewer banners. And fewer women. The artist chose to include banners with slogans “Hail 1st October Anniversary!” to historically situate the event and make it look more Soviet and more festive. And women are there to demonstrate the broad support of the revolution. And not just women. You see workers, children, and soldiers fresh from the front or ready to go to the front. The Civil War is already rampaging through the country.

Lenin makes a speech from a tall platform, but the foreground is taken by the people. Is it what this painting is saying about leaders and the masses? That the revolution is about the people? But look at the distant background. There is a church there. It is the Kazan Cathedral, built in 1625. It is silently present, and this is another silence we want to explore. In a few years the cathedral would be gone. It would be destroyed by the order of Stalin in 1936. Creating this work in the 1960s, the artists never saw the actual church so it does not quite look like it was in 1918. The artists had to add it for the view to be historically correct. 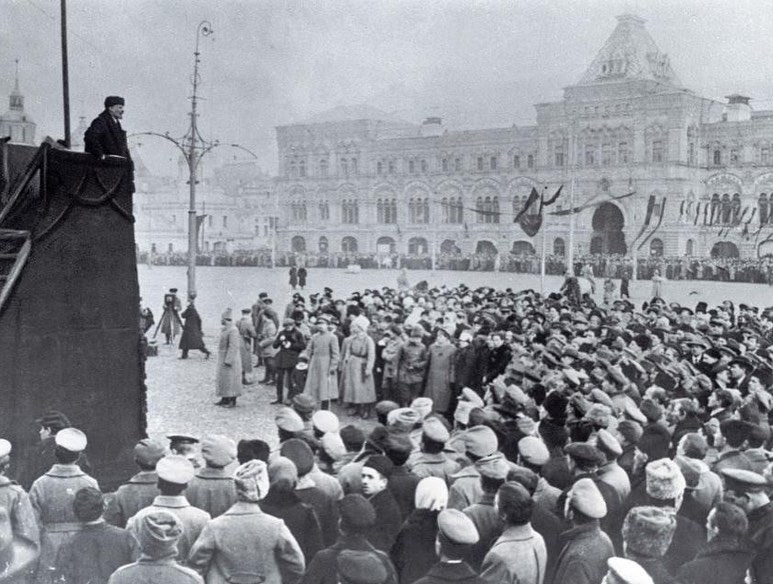 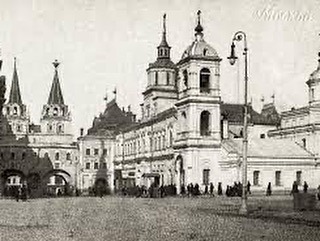