Mark Meister Selected to Lead The Museum of Russian Art! 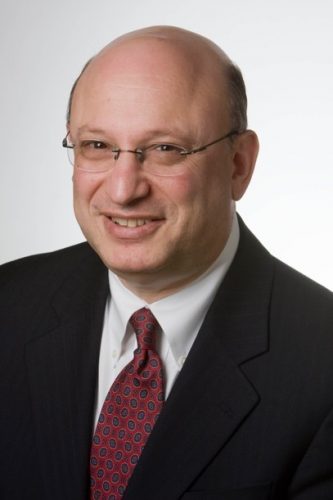 Minneapolis, MN – The Museum of Russian Art (TMORA), the nation’s only museum dedicated solely to Russian art and cultural heritage, is delighted to announce the selection of Mark Meister as its new Executive Director and President. Chosen after a nationwide search, Mr. Meister will assume his new duties on July 1, 2019.

Meister currently serves as the Executive Director of the Dayton Literary Peace Prize Foundation (DLPP) in Dayton, Ohio, a non-profit foundation established to advance international peace through literature. Prior to his time at DLPP, Meister served as the President and CEO of the Dayton Society of Natural History (DSNH) from 2000-2017. The DSNH is an organization that includes the Boonshoft Museum of Discovery, which houses a planetarium and a zoo, SunWatch Indian Village/Archaeological Park, and the Fort Ancient Earthworks and Nature Preserve. During his 18-year tenure, Meister significantly grew DSNH’s audiences, now surpassing 200,000 visitors annually. He oversaw a budget of $4.8M, and a staff of 75, and over time established far-reaching educational and off-site programs. In all, Meister raised more than $30M for programs, staffing and capital improvements, including a renovation of DSNH’s planetarium so that it is now a state-of-the-art facility.  He also nearly doubled DSNH’s endowment.

“One of the things that unanimously drew us to Mark is his extensive record of building growing museums into more robust and financially viable institutions,” said Christine Podas-Larson, Chair of the Board of Trustees. “He knows how to build out programming and how to build up audiences and community engagement, the pieces that make for lasting success.” In the early 1980s, Meister spent five years as the first director of The Children’s Museum, now called the Minnesota Children’s Museum. Under his leadership, the Museum secured several million dollars in gifts and grant money to move from its original location on First Street North in Minneapolis to Bandana Square in St. Paul in 1985.

Meister spent 10 years as executive director at the Archaeological Institute of America in the 1990s, working with numerous international organizations and individuals in developing publications, programs and cultural exchanges promoting and protecting cultural heritage. “Mark is committed to positioning his museums in ever-widening circles of community, and his international cultural experience dovetails well with the Museum’s efforts to reach new audiences and collaborations,” said Search Committee chair Liz Petrangelo.

Meister has strong ties to Minneapolis: He graduated from the University of Minnesota’s graduate program in museum studies/art history in the mid-1970s, and his first museum job was at Mia (The Minneapolis Institute of Arts). His daughter and grandchildren currently live in Minnesota and he regularly visits.

Meister is enthusiastic about leading The Museum of Russian Art in its next phase. “The Museum of Russian Art is a gem. The facility itself is beautiful, and the caliber of its collection and exhibitions is outstanding. I am truly excited and honored to join the wonderful staff at The Museum of Russian Art and to work with the Board of Trustees. We have a real opportunity to shape relevant and forward-looking conversations in the Twin Cities and nationally around the Museum’s mission to celebrate Russian arts and cultural heritage.” Meister will spearhead completion of a new strategic plan and efforts to strengthen the museum’s endowment.

More coverage in the Star Tribune Artcetera and Minnpost’s Artscape!