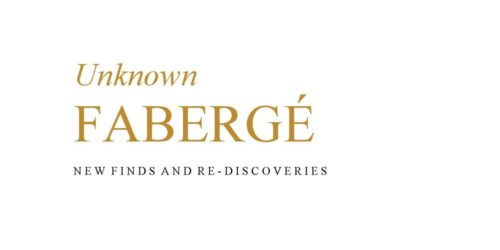 Please join us in celebrating the opening of Unknown Fabergé: New Finds and Re-discoveries at The Museum of Russian Art!  Special offerings by our sponsor, The Jewel of Russia Vodka, and a cash bar will be provided.

The Museum of Russian Art’s Unknown Fabergé: New Finds and Re-discoveries exhibition brings to Minneapolis a once-in-a-lifetime opportunity to view beautifully crafted Fabergé objects; many of which will be displayed for the first time in an American museum.Unknown Fabergé will present both aesthetically stunning and thought-provoking artwork by conveying the role of Fabergé objects in the life of Russian society at that time.

Unknown Fabergé will unveil previously unknown and recently discovered objects from The House of Fabergé – the leading jeweler to the Russian Imperial Court. On loan primarily from private collections and museums in Europe and the United States, the exhibition will include more than 80 Fabergé objects crafted of gold, silver, wood as well as precious stones including jade, rubies, sapphires and emeralds. The array of Fabergé objects displayed include intricate jewelry, cigarette cases, timepieces, photograph frames, icons, and much more.

Imperial Images in Etchings and Lithographs, a magnificent assemblage of Russian works on paper, featuring images of Romanov tsars, tsarinas, and other members of the Imperial dynasty, and in the Mezzanine Gallery, the exhibition of paintings Art of Valerian Formozov: Visions of the Russian Heartland, part of TMORA’s Russian 20th Century Masters Series, featuring over forty paintings by the artist.

Please RSVP as space is limited.  We look forward to celebrating this exciting opening with you!

THIS ACTIVITY IS MADE POSSIBLE BY THE VOTERS OF MINNESOTA THROUGH A MINNESOTA STATE ARTS BOARD OPERATING SUPPORT GRANT, THANKS TO A LEGISLATIVE APPROPRIATION FROM THE ARTS AND CULTURAL HERITAGE FUND, AND A GRANT FROM THE WELLS FARGO FOUNDATION.

Additional support of Unknown Fabergé: New Finds and Re-discoveries has been provided by Cove Family Foundation, Target Foundation, and The Russian Nobility Association of America.