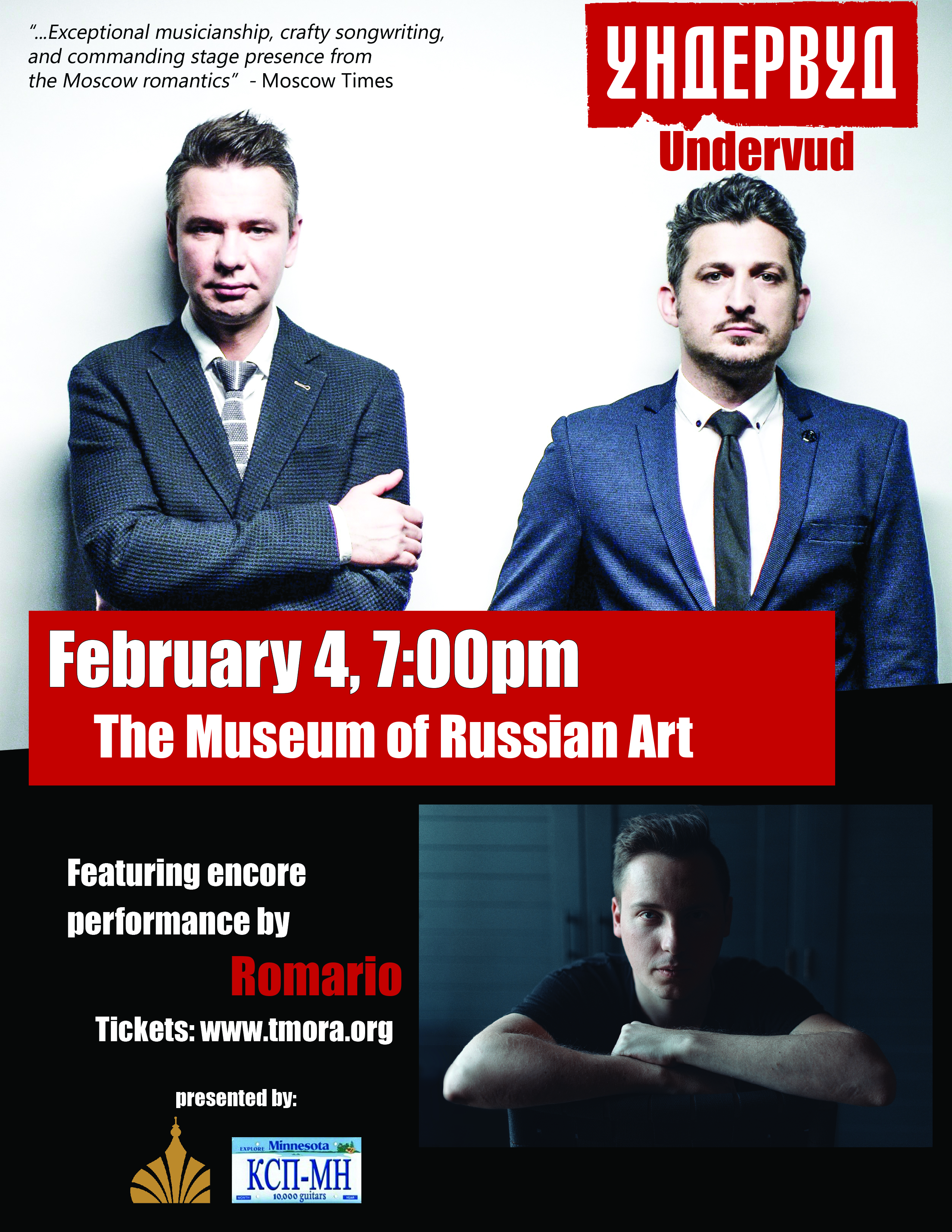 The Museum of Russian Art and KSP-MN are excited to offer a double-header of quality music from Russia.

Building upon the sold-out show by Romario in September, The Museum of Russian Art is honored to host another iconic Russian rock band – Undervud (Ундервуд). The band began its musical journey in late 90’s when two students of medical school got together and recorded a couple of songs, which became hugely popular in their town. After quitting medical school and moving to Moscow in the early 00’s, the band’s breakthrough song “Gagarin, I loved you” (Гагарин, я вас любила) became their largest hit and won them notoriety and huge following that has continued to-date.

Seven studio albums later, the band continues to tour and create new music. We are excited to have the two founding members of the band coming to TMORA with a unique acoustic performance.

Joining “Underwood” will be the leader of the band Romario – an acclaimed song writer and charismatic performer – Roman Lugovykh. Those of you who had a chance to be at the concert in September will have a chance to listen to Roman’s solo performance and enjoy his poems and songs that he recently recorded.

Join us for an evening of wonderful music and warm company.

Thank you to KSP-MN for the generous support!

This activity is made possible by the voters of Minnesota through a Minnesota State Arts Board Operating Support grant, thanks to a legislative appropriation from the arts and cultural heritage fund, and a grant from the Wells Fargo Foundation.